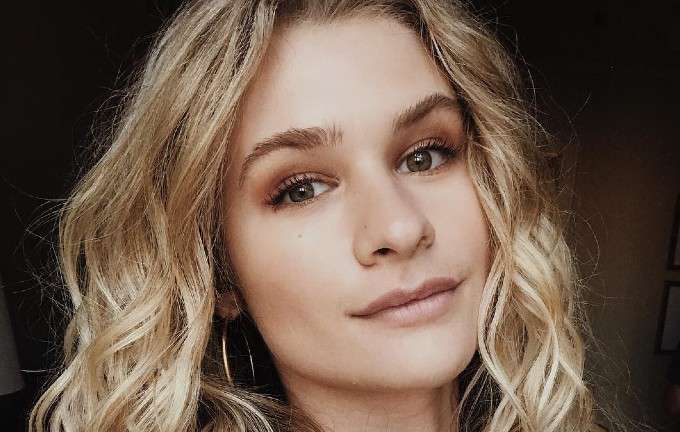 Jenna Boyd is an American actress and skincare consultant who became a prominent name in Hollywood for her starring roles in such films as The Missing and The Sisterhood of the Traveling Pants.

She began her career in showbiz as young as three years old by appearing in commercials and print ads. She gained widespread acclaim for her recurring role as Paige in the Netflix series Atypical. Aside from acting, she is also an award-winning figure skater. She won the Young Artists award in the Best Performance in a Feature Film – Leading Young Actress category for her performance as Dot Gilkeson in The Missing.

Jenna is the daughter of Mike Minnow Boyd and his wife Debbie Boyd. Her mother is a businesswoman and skincare consultant. She has a younger brother named Cayden Boyd, who is also an actor. Cayden is known for her appearance in movies such as The Adventures of Sharkboy and Lavagirl and Have Dreams, Will Travel.

After she matriculated from high school, she enrolled at Pepperdine University. She graduated from Pepperdine in 2015 with a major in Business Administration and a minor in Sports Medicine.

The Texas native is usually nonvocal when it comes to her personal life. She has kept the details about her dating life to herself while maintaining a low profile.

Her first major breakthrough came in 2003 with the movie The Missing in which she starred alongside Evan Rachel Wood. The actress has since acted in a number of movies, including The Sisterhood of the Traveling Pants, and had guested in TV shows like Just Shoot Me!, Six Feet Under, Carnivàle, Ghost Whisperer, and Criminal Minds.

In 2017, she joined the cast of the TV show Atypical, a Netflix series that follows the life of 18-year-old Sam Gardner (played by Keir Gilchrist). Her performance as Paige Hardaway won praise and appreciation from critics and the audience alike. On the show, she was seen alongside the likes of Jennifer Jason Leigh, Brigette Lundy-Paine, and Amy Okuda.

According to her several online portals, Jenna Boyd has a net worth of $0.5 million as of 2023.

She started her career as a child actress and landed her first role in an episode of the TV show The Geena Davis Show.

She is a certified Pilates trainer.

She is also a skincare consultant for Rodan and Fields.