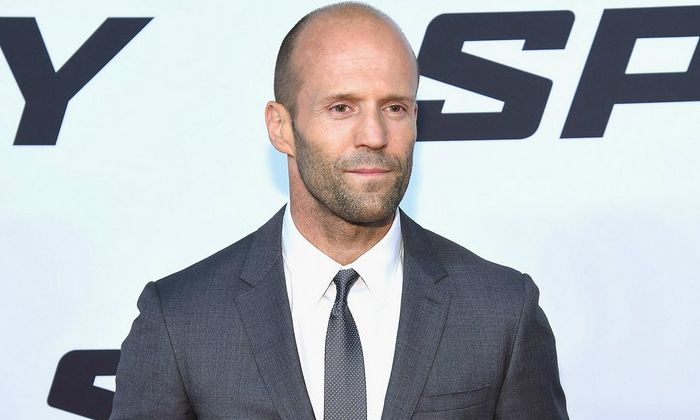 Jason Statham is an English actor who is most widely recognized for his roles as Frank Martin in The Transporter trilogy, Lee Christmas in The Expendables franchise, and Deckard Shaw in the Fast and the Furious franchise.

Having started his professional career as a model featuring in ad campaigns and commercials, Statham is today one of the leading and the most bankable actors in Hollywood. He has starred in a number of heist and action films such as Crank, War, The Bank Job, The Mechanic, and Spy.

Jason Statham was born on the 26th of July 1967, in Shirebrook, Derbyshire, England, United Kingdom. He is currently 54 years old.

Jason Statham was born to Eileen (née Yates), a dancer, and Barry Statham, a street seller and lounge singer. He has a brother named Lee Statham.

Jason attended a local grammar school since the age of 11 where he played football for the school team.

Jason Statham has been in a relationship with model Rosie Huntington-Whiteley since 2010. They got engaged in January 2016. The couple welcomed their first child, a son, Jack Oscar Statham, on 24 June 2017.

Jason hasn’t yet appeared in any television production, however, he participated in the talk show, Late Night with Conan O’Brien in 2002.

His portrayals of Frank Martin in The Transporter trilogy, Lee Christmas in The Expendables franchise, and Deckard Shaw in Fast and the Furious franchise.

He has appeared in a number of TV commercials for French Connection, Kit Kat, Tommy Hilfiger, and Levis.

Jason Statham has an estimated net worth of $90 million, as of 2023. He lives with his family in Beverly Hills, California.

He started training in martial arts as a younger boy. He is an accomplished diver as well. He was a member of Britain’s National Diving Squad for twelve years competing on the 10-meter platform and the 3-meter springboard. He finished 12th in platform diving in the 1992 World Championships.

As a child, he had decided not to follow his father’s footsteps in selling products around the streets. However, he was forced to sell fake perfumes and jewelry on street corners for a living before gaining prominence in the creative industry.

He worked as a model in the early days of his career, modeling for leading brands as well as appearing in TV commercials.

He got his break when Ritchie cast him to star Bacon in his 1998 crime comedy thriller Lock, Stock, and Two Smoking Barrels after learning his past history working as a black market salesman.

As an avid footballer, Statham is a huge fan of Nottingham Forest Football Club.

He was inducted into the International Sports Hall of Fame in 2014.

Statham drove off the road in a truck due to a brake malfunction into the Black Sea while filming on location in Varna, Bulgaria for The Expendables 3.