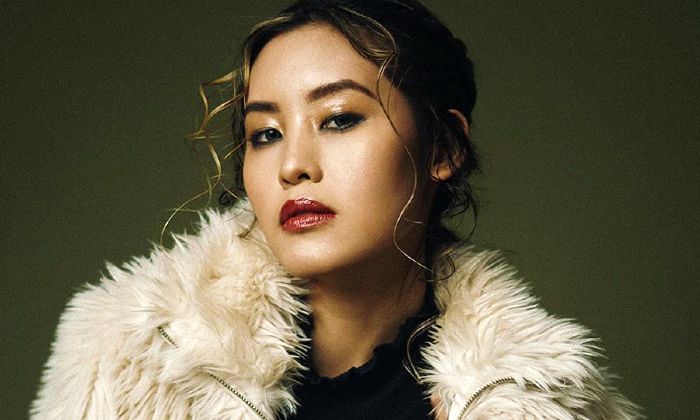 Jarry Lee is a British-American model, actress, and musician who has found much success in the American fashion and entertainment industries for her various work in TV series, commercials, music videos, magazine spreads, and modeling. She is probably best known for playing herself in the Netflix TV series Dating Around as well as for her starring role as Amber Choe in the crime drama series The Fever. She has also had roles in video series for Glamour and Allure magazines, on TV series Full Frontal with Samantha Bee and Investigation Discovery, and in many major music videos.

Being successful in the modeling and acting world, Jarry also enjoys a huge following on social media, especially Instagram, where you can get a glimpse of her personal and professional life. The account is followed by over 675 thousand followers.

Jarry Lee was born on the 25th of March 1993, in Swansea, Wales, United Kingdom. She is currently 29 years old.

Concerning her personal life, she hasn’t divulged too much about her family and early life. She spent her childhood in Swansea, Wales, where she was raised by her parents.

Jarry Lee has been in a relationship with her longtime boyfriend Samuel Merker. They have a cat named Potato. In 2019, Jarry came out as bisexual on the Netflix show Dating Around.

Jarry Lee made her acting/modeling debut in a DKNY commercial in 2017. In 2018, she was on the cover of AM New York for walking in a New York Fashion Week show in honor of the #MeToo movement.

Jarry was named Model Mayhem’s Model of the Month in January 2019 and was interviewed by Cliché Magazine for a cover story in its February/March 2019 issue.

She has since appeared in commercials for AT&T, Dr. Brandt skincare, Apple, Ben & Jerry’s, and other brands, and in fashion and cosmetics campaigns for Maybelline, Urban Decay, Revlon, Vince Camuto, Bobbi Brown, L’Oréal Paris, Vivienne Hu, Lancôme, and others. Jarry has been featured in VOGUE Italia, POPSUGAR, Elite Daily, Mic, NY Daily News, The New York Times, Thrive Global, MOVER Magazine, and many other publications.

In 2019, Jarry was cast as the lead actress in the crime drama series The Fever. She has also had roles in video series for Glamour and Allure magazines, on TV series Full Frontal with Samantha Bee and Investigation Discovery, and in many major music videos. Authority Magazine named her one of their “Inspirational Women in Hollywood” in 2020.

Jarry Lee previously worked as deputy editor at BuzzFeed from 2014 to 2018.

She is classically trained in piano and violin and can code in 7 programming languages.

The details about Jarry Lee’s net worth have not been revealed to the public yet except that she earns a handsome amount of money from her successful career.