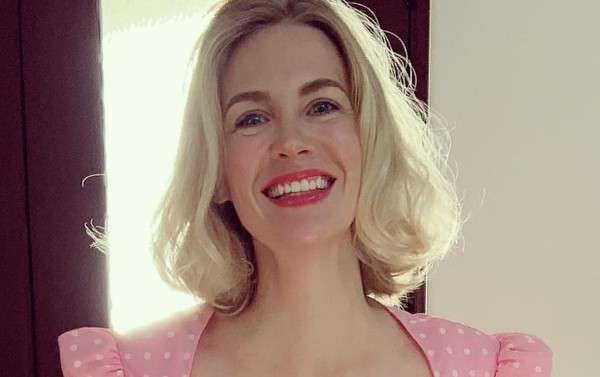 January Jones is an American actress and model who received critical acclaim for the portrayal of Betty Draper on the famous sitcom Mad Men. Between 2007 and 2015, she received two Golden Globes nominations for Best Actress and an Emmy Award nomination for Outstanding Lead Actress.

The actress is also well-known for playing Melissa Chartres in the Fox comedy TV series The Last Man on Earth and for her role as Carol Baker on Netflix’s Spinning Out. Outside of her work on television, January is also known for her appearances in movies like American Wedding, We Are Marshall, Unknown, Seeking Justice, and X-Men: First Class.

January is of Czech, Danish, English, Welsh, and German ancestry.

She studied at Roosevelt High School in Sioux Falls.

She has a son named Xander, whom she gave birth to in September 2011. She hasn’t revealed the identity of the father yet.

Although January Jones has starred in a wide range of movies and television series, she is probably best known for her work in the critically-acclaimed series Mad Men, starring Jon Hamm and Elisabeth Moss. She played Betty Draper, ex-wife of title character Don Draper (played by Jon Hamm), appearing in 67 episodes of the show between 2007 and 2015.

During her eight-year run on the show, January was nominated twice for Golden Globe Awards and earned one Emmy Award nomination.

Her most recent work was the Netflix series Spinning Out where she played Carol Baker, a troubled, bipolar single mother of two figure skaters.

Through her work as an actress, January has earned a huge fortune in her own right. As of 2023, January Jones has a net worth of about $10 million dollars. She has come a long way, starting her career as a teen model and then going on to establish herself as a versatile actress in the entertainment industry.

She began her modeling career at the age of 18 and has modeled for brands like Abercrombie & Fitch, Versace, and Clearasil and Kérastase.

She has got several tattoos all over her body. That includes tattoos of words “bellatrix” and “belleza” on her forearm, a pink flower tattoo on her left forearm. and a tattoo reading “love you more” on her inner forearm.

Jones had her break in the movie It’s the Rage where she played the role of Janice Taylor.

She was voted #16 Sexiest Woman in the world by the Spanish version of DT magazine.

She has her own jewelry line.