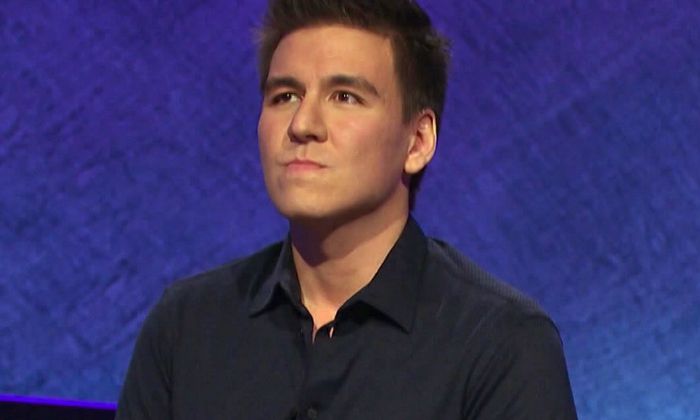 Who is James Holzhauer?

James Holzhauer is a famous professional sports gambler from Las Vegas who caught the spotlight in early April by setting a new record in a single-game of the American quiz show Jeopardy! On April 9, 2019, which is his fourth appearance on the show, set a single-show record of $131,127 in winnings, thus breaking Roger Craig’s previous one-game record of $77,000. Also, Holzhauer is the first player in Jeopardy! history to hit a million in just 14 games, and apparently, he’s smashing all previous records and running for the champion on Jeopardy!. He won a total of $2.46 million in just 33 games and just $58 thousand short of Ken Jennings’ $2.52 win during his run. The 35-year old has already participated in game shows like The Chase and 500 Questions.

The youngest of the two children and was raised by his parents Nachiko Ide Holzhauer and Juergen Holzhauer. He has an older brother, Ian Holzhauer, who is an attorney in his hometown. As for his education, Holzhauer attended Naperville High School, graduating in 2001. He was a bright student in school and also excelled in competitive skills. According to his high school math teacher, his mathematics abilities always had stunned her because he used to answer questions quickly and his intuitive in solving problems in a non-traditional way usually draw plenty of audiences.

He has had competed in many state and national-level competitions while studying in school. Of those, he had much remarkable success, and in particular, to say, he scored first in physics and second in Mathematics at the Worldwide Youth in Science and Engineering state competition. After graduating from high school, he enrolled at the University of Illinois at Urbana–Champaign where she studied mathematics. He graduated from college in 2005.

James Holzhauer married Melissa Sassin Holzhauer, who is a tutor and linguistics expert, on 8th September 2012. Hailing from Seattle, Washington, Melissa was a game show contestant herself, previously appearing on Who Wants to Be a Millionaire? in 2014 and won $28,800. They have an adorable daughter together, who was born on November 9, 2014.

Speaking about the physical attributes of the sports gambler, he hasn’t revealed anything concerning his body specifications to the media. Be his height or his body specifics like chest, biceps and waist, everything is still a mystery. Whatever is just mention below are just approximates.

James Holzhauer’s first television appearance came in 2014 when she participated in the quiz show, The Chase, the American version of the British show of the same name. In the game show, he and his team of three participants, defeated chaser Mark Labbett with a score of 26-9, earning a $58,333.33 share of a $175,000 prize with his team.

Holzhauer has been making waves ever since he appeared on the longest-running quiz show, Jeopardy! On his day 1 appearance, on April 4, 2019, he took home $43,680, making a mark in the show. He has been quite appreciated for his ability to remember dates, and he usually dominates his opponents in the show by placing higher bids on Daily Doubles, thus leading to Final Jeopardy in all of his games. He set the single-game record with a whopping $110,914 in winnings on April 9, beating the previous one-game record of $77,000, set by Roger Craig in 2010. On April 17th, he broke his own record with an astonishing one-day winning of $131,127, which is his highest single game-winning throughput the show.

He’s already a millionaire on Jeopardy!, surpassing the one-million-dollar mark in his 14th game to become a second person in the show’s history to hit a million. Ken Jennings was the first contestant to score a million, a milestone which he achieved in his 32nd game and holds a record of highest regular-game earnings record of $2.52 million, a feat that he achieved after 74 consecutive wins. Holzhauer has been setting records since he made his debut on the show and is hoping to break Jennings’ record in half the time.

So, are you wondering how rich James Holzhauer is? In fact, the math whiz always has maintained confidential when it comes to his wealth. There’s no authoritative information about his net worth at the moment. He’s already a successful gambler in the lucrative sports gambling and apparently, he should have made a handsome amount of money before Jeopardy!. After ending his run on Jeopardy!, Holzhauer has a net worth of $2 million.

He was good in Math from his young age and has been featured in the Chicago Tribune for his mathematics ability as a child.

He was a member of his Junior high school’s Mathcounts team.

Since Holzhauer was proficient in math, he eventually grabbed a spot in chess teams, the Academic Bowl, and Amnesty International.

With an obsession to become a professional sports gambler, he moved to Las Vegas in 2016 and began his career as a gambler. He started with baseball games, and now, literally, bets on any game.

He has won 33 games with total earnings of $2,464,216, the second-best winning in regular play in Jeopardy! history. He was defeated in his 33rd game by the opponent, Emma Boettcher, who also used the same strategy that he used during his run.

James is also a bridge player.