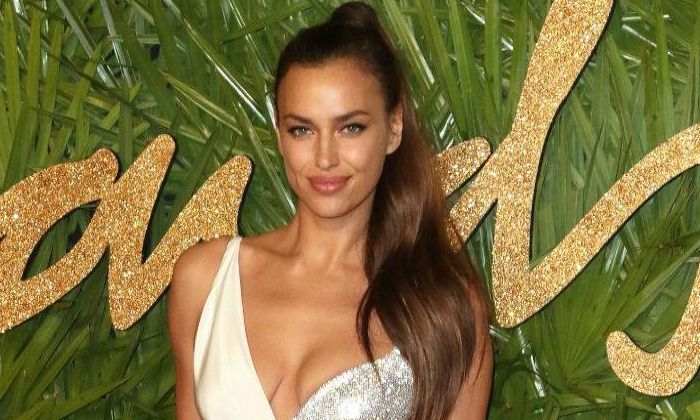 Irina Shayk is a Russian supermodel and ex-wife of Hollywood star Bradley Copper who is known for her appearance on Sports Illustrated Edition. She is the first Russian model to grab a coveted spot on the cover of the magazine’s swimsuit edition in 2011. She rose to international fame in 2007 when she became the face of Intimissimi lingerie. Shayk landed the role of Megara in the 2014 film Hercules alongside Dwayne Johnson.

Irina Shayk was born on the 6th January of 1986, in Yemanzhelinsk, Russian SFSR, Soviet Union. She is currently 36 years old.

Irina comes from a modest family. Her father, Valery Shaykhlislamov, is a coal miner, and her mother, Olga, is a kindergarten music teacher. She belongs to Volga Tatar on her father’s side and Russian on her mother’s side. She has one older sister named Tatiana. Irina lost her father to pneumonia when she was 14 years old and thereafter, her mother raised her and her sister.

She explored her love for music at a very young age and took piano lessons at the age of six. She studied in a music school for seven years. After graduating from high school, she enrolled in a college to study marketing but dropped out due to her lack of interest in it. Irina, then, enrolled at a beauty school along with her older sister where she got noticed by a local modeling scout. That was a major turning point in her life, and today, she is one of the successful models in the glamor world.

Speaking about Irina’s romantic life, she began dating American actor Bradley Cooper in the spring of 2015. They moved in together in November of that year and they welcomed their first child, an adorable daughter, Lea de Seine Shayk Cooper, on March 21, 2017. The couple announced their split in June 2019 after being together for four years. It appears that the duo has rekindled their relationship again in late 2021.

She had previously been in a relationship with Portuguese footballer Cristiano Ronaldo from 2010 until 2015. She had also dated American drummer Rob Bourdon and Brazilian soccer player Ronaldinho Gaúcho in the past.

Shayk marked her debut as an actress with the 2014 action fantasy film, ‘Hercules’, in which she played the role of Megara alongside Dwayne Johnson.

As a model, she walked the runway in a Ready to wear – Autumn/Winter fashion show in 2005. It marked her debut in television.

Irina Shayk is probably known for her appearances on the Sports Illustrated Swimsuit Issue from 2007 to 2014. She landed on the cover of the issue in 2011.

In 2004, she won the Miss Chelyabinsk beauty contest which helped her to establish herself in the fashion industry.

She became the face of Intimissimi in 2007, replacing Ana Beatriz Barros, and in 2012, she became the official ambassador for the brand.

In 2012, she appeared on the covers of magazines like Esquire, GQ, Harper’s Bazaar, The Sunday Time Style, S Moda, and Vogue.

She made her first appearance at the Victoria’s Secret Fashion Show in 2016. During the show, she is the only model who wore a lace halter top over a red bra and matching underwear.

Irina Shayk has credited her father for her exotic looks because of his Volga Tatar ethnicity.

She was featured in the “50 Hottest Russian Women” list by Complex magazine.

In 2020, she made a guest appearance as herself in an episode of the web series Cop Show.