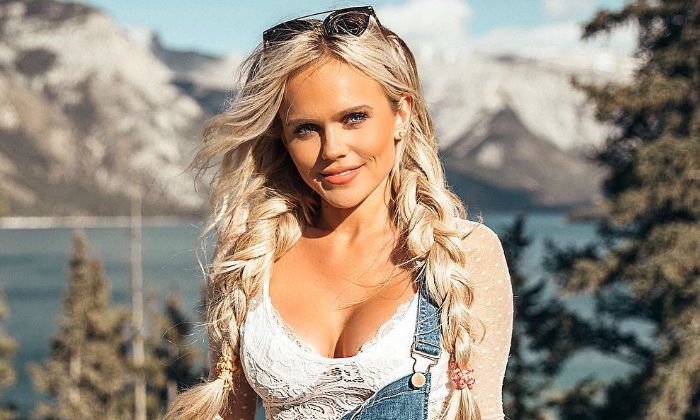 Hilde Osland is an up-and-rising model, singer, and Instagram star of Norwegian heritage. She became known to the world in 2009 when she appeared on Disney’s ‘As the Bell Rings’ and moved on to the next level of fame with her spectacular performance on Idol Norway.

Known for her exotic looks and high fashion sense, Hilde captured a lot of attention on Instagram from lifestyle photos that she posts on the app. She has over 3.5 million followers on the app and this bombshell knows how to cash in that popularity through lucrative brand endorsements. She promotes a variety of fashion lines and accessories on her Instagram page.

Hilde Osland was born on the 8th of September 1987, in Brevik, Telemark, Norway. She is currently 34 years old.

Talking about her family, Hilde Osland hasn’t disclosed anything about her parents, siblings, and early life. has never been disclosed. Regardless of the fact that her fans are still curious to learn about the identity of her family, the vivacious blonde has never made it available to the public eyes.

Born in Bergen, she spent her early life there and moved to Melbourne, Australia along with her parents at a tender age. After she completed her schooling in Australia, Hilde got admission to RMIT University, from where she graduated with a Bachelor’s degree in Business Accountancy.

Talking about her romantic life, the news of her dating photographer James Lewis Foster may worry her fans. The couple has been in a relationship for a very long time. Having said that, her boyfriend does often feature on her IG feed. There have been rumors swirling around that Hilde is engaged to her boyfriend James, but neither of them has accepted nor refuted the claims.

With high hopes of becoming a singer, Hilde Osland auditioned for the sixth season of Idol Norway in 2011. She showcased her singing talents and impressed both the judges and audience with the mesmerizing rendition of Joss Stone’s “Some Kind Of Wonderful”. She made it to the top 40 and vowed the audience during her stint in the show. Although she didn’t make it past that round, she managed to earn a great deal of fame and a massive fan base.

Hilde Osland tuned those loyal fans into followers on social media and certainly made a career out of it. She made it to a habit of posting photos and videos on Instagram and YouTube flaunting her curvy body and sexy looks and thus eventually raking in her followers count.

The stunning blonde has never disclosed her net worth to her fans. However, it is a known fact that YouTuber mints a few dollars for every thousand video views, and it is estimated that she could be earning close to $32, 000 to $48,000 annually. Apart from YouTube earnings, Hilde makes a lot of money from brand endorsements.

As a singer, Hilde uploads a lot of covers of popular artists to her YouTube channel. Some of the most popular covers of songs by her on the channel are ‘These Boots Are Made For Walking’, ‘Boyfriend’, ‘Say Something’, and ‘The Cup Song’.

She has appeared in the Disney show ‘As The Bell Rings’ in 2009.

She has done endorsement works for brands such as White Fox, OneByOne, Miss Holly, ASOS, Mura Boutique, Zanic Boutique, and Many more.