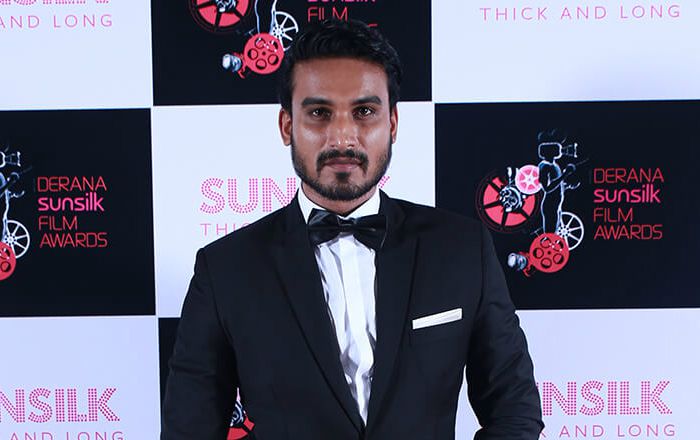 Hemal Ranasinghe is a popular actor, model, dancer, and television presenter from Sri Lanka. He is known for his role as Hemal Suriyabandara in the movie ‘Pravegaya’, which earned him several awards, including Derana Critics awards for Best Actor and Most Popular Actor and Special Jury Award Sarasaviya Awards. He has carved a niche for himself in the modeling industry before becoming an actor.

Hemal Ranasinghe is the third of four children to Sinhalese parents Visaka Chithrangani Madiwaka and Senarath Ranasinghe. Both of his parents’ were Ayurvedic specialists. His father died on 23 September 2010. He has two elder brothers and one younger brother.

He has kept his personal life discreet from his professional life and thus there is not much information available of any relation he has had in the past or in the present.

Hemal Ranasinghe made his acting debut in the 2012 coming-of-age sports comedy film, Super Six, which was a remake of the 2007 Tamil film Chennai 600028.

In 2011, he participated in the Swarnavahini Dance Stars Dance competition.

Ranasinghe started his career as a model, appearing in several advertising commercials.

He is trained in Martial Arts.

In 2010, Ranasinghe won the title of Mr. Sri Lanka and represented Sri Lanka at the Mister World 2010 pageant held in Korea.

He walks the ramp at the Colombo Fashion Week and Sri Lanka Design Festival every year.

In 2016 he won Most Popular Actor, and Best Promising Actor at the Hiru Golden Film Award.

He is a huge fan of Selena Gomez and Jennifer Lopez.