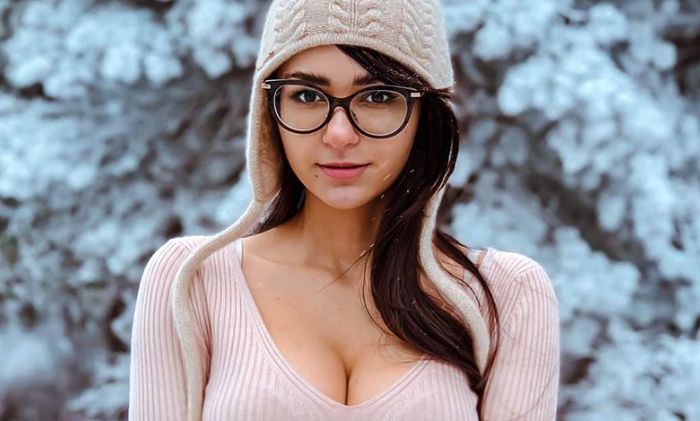 Helga Lovekaty is a well-known model and Instagrammer from Saint Petersburg, Russia, who came into the limelight for posting racy pictures of herself on her social media pages. The Russian native is no stranger to uploading sexy bikini photos to her 4 million Instagram followers which leaves very little to the imagination. In a short span of time, the high-school graduate has garnered much attention for herself as a model, thanks to her incredible hourglass figure.

She entered the modeling scene sometime around 2013, thanks to Pavel Durov, a Russian entrepreneur, who helped to launch her modeling career. Since then, Helga has transformed herself into a prominent face in the glamour industry. Helga is represented by Mavrin Models.

Very little is known about her family and early life as she prefers to keep that aspect of her life as private as possible. She’s never shared any information about her personal life with the public yet, except that she grew up with her younger sister, Daria, in their hometown.

As far as her education is concerned, she completed her high school, however, she did not go to college.

Helga Lovekaty is a very private person and hasn’t talked much about her dating life. However, she’s speculated to be in a relationship with Colombian soccer player James Rodriguez. Her relationship with James started after she was introduced to James by Portuguese football star Cristiano Ronaldo in 2017.

James married Daniela Ospina, the younger sister of Arsenal stopper David Ospina, back in 2010. The couple has a daughter named Salome. They divorced in 2017, which sparked a lot of public controversies and criticisms regarding James’ relationship with Helga. James and Helga have been in a relationship since then, however, they haven’t made their relationship public yet.

Helga Lovekaty has been modeling since 2013 and has worked with many prestigious magazines, fashion labels, and adult magazines. Her modeling dreams came to reality when she met Pavel Durov, a Russian entrepreneur, at his 29th birthday party. There she also met Russian photographer Aleksandr Mavrin. They both launched and promoted her modeling career.

In 2015, she tried her hands in acting and appeared in the movie Hardcore Henry, playing a small role. She has since gone to amass a huge fan following on social media, especially on Instagram, where she’s got over 4 million followers.

She currently serves as the brand ambassador and endorser for German fashion designer Philipp Plein’s fashion labels, including Philipp Plein, Plein Sport, and Billionaire Couture. Furthermore, Helga has also posed n*de for several adult magazines, which you can find on the internet as well.

Helga has two pet rabbits and their pictures and videos are often featured on her Instagram account.

With so many accomplishments, Helga Lovekaty has made a name for herself in the modeling world. She’s extremely popular among Instagram users. Thanks to her amazing curvaceous slender body with attractive measurements that put her in the spotlight and make her an admirable role model for people who wants to make a career by embracing their beauty and body. All of her accomplishments have helped her to achieve a net worth of more than $500 thousand dollars.