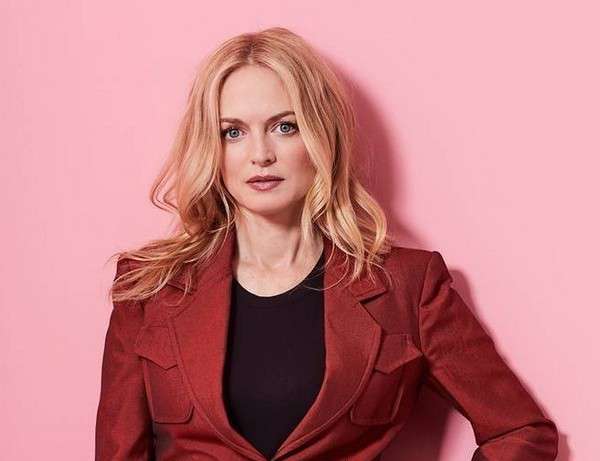 Heather Graham is an American actress and filmmaker from Milwaukee, Wisconsin. Following her portrayal of Rollergirl in Paul Thomas Anderson’s period film Boogie Nights, Graham became one of the most sought-after actresses in the industry. Her pretty face and sex appeal characters have set her apart from the rest as well as landed a coveted spot in magazine lists of “Most Beautiful” and “Sexiest” women.

She has appeared in such movies as Bowfinger, Austin Powers: The Spy Who Shagged Me, Say It Isn’t So, From Hell, and The Hangover film series. On the television front, she’s known for roles on series such as Scrubs, Californication, Flaked, and Angie Tribeca. As of 2023, Heather Graham’s net worth is estimated at $20 million.

Heather Graham was born on 29 January 1970, in Milwaukee, Wisconsin, United States of America. The oldest in a family of two children, Graham is now 52 years, which means that her zodiac sign is Aquarius. Check out to find which celebrities share their birthday with this ever-gorgeous actress.

Heather Graham is the daughter of Joan (Bransfield), a schoolteacher and children’s book author, and James Graham, a retired FBI agent. Her younger sister, Aimee Graham, is an actress and writer. She was brought up in a strict Irish Catholic family.

Throughout their childhood, the girls moved in and around California with the family and lived in different places. She was educated at Agoura High School in Agoura Hills, California, graduating in 1988. She then studied English at the University of California at Los Angeles but dropped out two years into the program to pursue a career in acting.

Heather Graham has had dated several men throughout her career. Most recently, she had a breakup with Israeli screenwriter Yaniv Raz, whom she dated from 2011 to 2018. Though the actual reason for the breakup is unknown, it is her longest relationship with any man. He is six years her junior.

Heather Graham began her professional acting career with the 1987 television film Student Exchange, in which she played the role of Dorrie Ryder. Her first notable performance was as Nadine, a young drug-addicted accomplice, in Gus Van Sant’s Drugstore Cowboy, starring alongside Matt Dillon and Kelly Lynch. For her role in the film, she was nominated for the Independent Spirit Award for Best Supporting Actress.

In 2009, Graham played the stripper with a heart of gold, Jade, in The Hangover, and reprised her role in the third installment of the film franchise in 2013. It is without a doubt, she is one of the most successful actors that has made forged a place for herself in Hollywood.

She has been acting since 1981, which means she has over 40 years of acting experience. All of her works in both films and television have helped her gain massive wealth. According to Celebrity Net Worth, Heather Graham has a net worth of $20 million.

Before landing roles in films, Graham has appeared in numerous TV commercials and print ads.

She was voted “Most Talented” by her Agoura High School class.

As a teenager, she worked at Toys R’Us.

She was named #4 in Stuff magazine’s “102 Sexiest Women in the World”. Apart from this, she’s regular on magazine lists of “Most Beautiful” and “Sexiest” women.

She is practicing Transcendental Meditation.