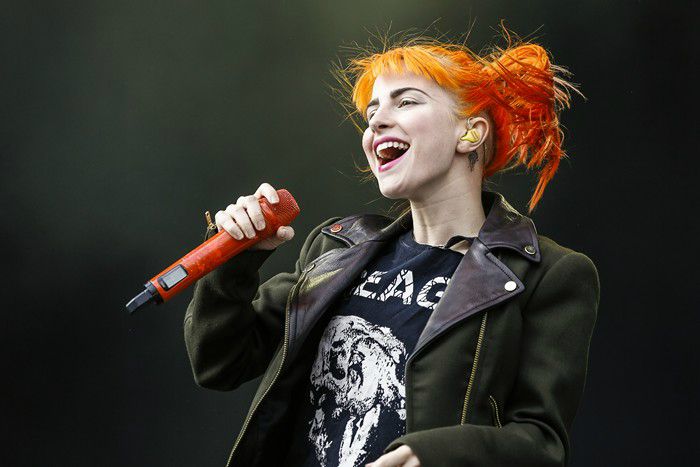 Grammy Award-winning musician Hayley Williams shot to fame as the lead vocalist of the popular alternative rock band Paramore. The talented singer is not only the lead singer of the rock band but also the primary songwriter and occasional keyboardist. She has given a lot of chart-busting singles such as “Airplanes”, “Stay the Night”, “Ain’t It Fun” and “Decode”. She is best regarded for her pop-orange hair color and also owns a hair dye company, Good Dye Young that produces a range of hair dyes in different color combinations.

Hayley Williams was born on the 27th of December 1988, in Meridian, Mississippi, United States of America. She’s currently 33 years old.

Hayley Williams is the only daughter of Joey and Cristi Williams. She has four younger step-siblings, Erica Williams, McKayla Williams, Jiana, and Anthony. Her parents divorced when she was young and was raised by her mother.

After divorce, both her parents remarried and as a result, she has four step-siblings, two from each remarriage. She has English ancestry.

Williams was educated at different schools in her hometown Mississippi as well as in Franklin. She stopped going to regular schools and enrolled in a homeschooling program after meeting her bandmates Josh and Zac Farro so that she would pursue her dream career.

Hayley Williams started dating New Found Glory’s lead guitarist Chad Gilbert in early 2008. The couple got engaged in December 2014 and married on February 20, 2016. In July 2017, they announced that they were separated.

Hayley Williams is the lead artist and founding member of the rock band Paramore, released her debut album titled “All We Know Is Falling” on July 26, 2005. The album peaked at number thirty in the Billboard Top Heatseeker. It received Gold certification in the US as well as in the UK.

Though Hayley did not feature in a theatrical film, she had appeared in a documentary titled “Paramore: Born for This” in 2007 and the short film Paramore’s ‘Brick by Boring Brick in 2009.

She hasn’t been a casting member of any TV show yet.

For being the lead vocalist, primary songwriter, and occasional keyboardist of the rock band Paramore.

As of 2022, Hayley has a net worth of $14 million. Her impressive net worth comes from her singing career as well as world tours. Her earlier partnership with MAC Cosmetics for the release of a new makeup collection has certainly fueled her net worth. Besides Williams owns a hair dye company called Good Dye Young that adds considerable value to her net worth.

She moved to Franklin, Tennessee after her parents divorced in 2033. There she took vocal lessons with Brett Manning and used to be part of a local funk cover band, The Factory.

In 2010, the Farro brothers left the group due to differences.

In 2014, Williams was honored with the “Trailblazer Award” in the Billboard’s Women in Music Awards for making a unique mark in music and paving the way for other artists.

Williams has a unique voice with a four-octave range and is best known for her acrobatic singing style with vocal qualities described as lithe and versatile.

Hayley appeared on the April 2013 cover of Nylon magazine.

In 2015, she launched the online beauty and music series “Kiss-Off” on Popular TV.

She has been vocal about her choice not to smoke, drink, or use recreational drugs.