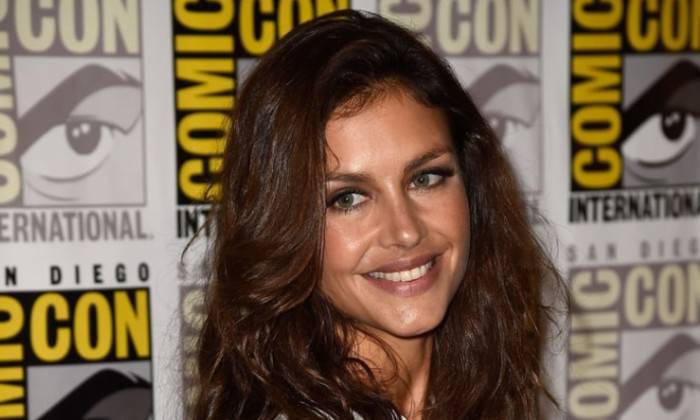 English actress Hannah Ware burst onto the acting scene in 2010 and boasts a pretty impressive resume. From dramas to thrillers, she has never locked herself into a specific genre of movies. She shot to fame after landing on the role of Emma Kane in the Starz political drama series Boss and went on to appear in TV shows such as Betrayal, playing her part as Sara Hanley and as Sadie Hewitt on The First. After a brief hiatus, she returned to acting with her part in the latest Netflix crime-drama, The One. Based on John Marrs’ book of the same name, the show stars an ensemble cast of familiar faces including Zoë Tapper, Dimitri Leonidas, and Amir El-Masry.

Hannah is the daughter of Helena (Keell) and John Ware, a British journalist. Her father is best known for his BBC documentary ‘Panorama’. She is the sister of renowned singer and songwriter Jessie Ware.

After graduating from Alleyn’s School in Dulwich, she enrolled at New York’s prestigious Lee Strasberg Theatre and Film Institute to hone her acting skills.

Talking about her personal affair, Hannah married Jesse Jenkins in 2008 in Las Vegas, Nevada, but they annulled their marriage shortly after.

Hannah Ware started acting professionally in her late twenties. Her first ever appearance on a screen was when she played Mrs. Armisen in the 2010 cop film Cop Out.

After appearing in a slew of movies, she would star in the Starz political drama series Boss, playing Emma Kane from 2011 to 2012 which really got her noticed. The following year, she was cast as one of the lead roles in the ABC primetime soap opera Betrayal.

She continued doing movies even while keeping herself busy with television shows. Having had a successful career as an actor, Hannah has made a lot of money. Her next major venture is The One, a Netflix crime-thriller that stars Hannah as Rebecca, cofounder of MatchDNA. It features an ensemble cast including Zoë Tapper, Dimitri Leonidas, Amir El-Masry and Albano Jerónimo.

Hannah Ware has an estimated net worth of about $1 million, according to various sources.