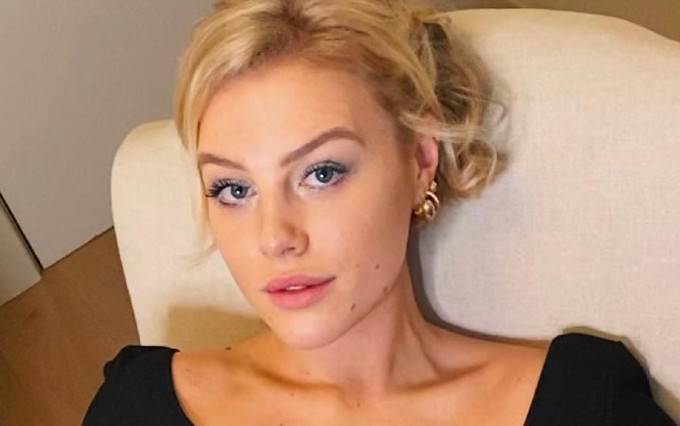 Hannah van der Westhuysen is an English actress who has been acting ever since she was a child. She is probably best known for portraying Stella in the Netflix teen drama series Fate: The Winx Saga, which is based on the Nickelodeon animated series Winx Club. She started off as a child actress in 2004, starring in the likes of Keen Eddie, Frankenstein, and The Fugitives, and took a break from acting. She has starred in movies like The Bay of Silence, A Little Italian Vacation, and Lamborghini. She also has some stage credits, among them notable ones are An Enemy of the People and King Lear.

Her mother’s name is Jo van der Westhuysen and her father is a South African.

Hannah atended Drama Centre London, from where she graduated with a Bachelor of Arts in Acting in 2018. She also took a year-long course at the London Academy of Music and Dramatic Art (LAMDA).

Hannah was romnatically to her Fate: The Winx Saga co-star, Eliot Salt, since early 2022.

She got her breakthrough in 2005 when she was cast as Fleecey Keaton, Jay’s bubbly and energetic nine-year-old sister, in the children’s science fiction/drama series, The Fugitives.

Hannah satrred as Becca in the 2020 thriller film, The Bay of Silence alongside the likes of Claes Bang, Olga Kurylenko, Alice Krige, and Brian Cox.

In 2021, she became a part of the Netflix series Fate: The Winx Saga, a teen drama series based on the Nickelodeon animated series Winx Club. On the show, she stars alongside Abigail Cowen, Precious Mustapha, Eliot Salt, Freddie Thorp, Eva Birthistle, Eve Best, and Lesley Sharp.

Hannah has dual citizenship in British and Australia.