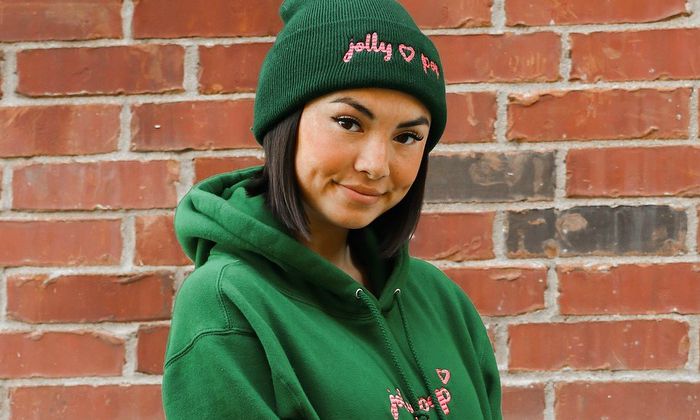 Haley Pham is an American beauty and lifestyle personality who has created a name for herself in the crowded internet space. The amazing talented YouTuber has been inspiring millions of youngsters for almost a decade who wanted to make an online career. Her eponymous YouTube channel has more than 2.4 million subscribers, to which she uploads content related to fashion, beauty, girls’ hacks, hauls, challenges, baking, and lifestyle. Apart from YouTube, Pham also has a strong presence on other social media apps including Instagram, Twitter, and Snapchat.

Haley Pham was born on the 5th of December 2000, in Austin, Texas, United States of America. She is currently 22 years old.

Talking about her personal life, Pham has never revealed much about her family, childhood, and education on social media. Her father’s name is Joe Goodman. She hasn’t disclosed her mother’s name but refers to her on her videos as Mommy Pham.

Haley Pham started vlogging at the young age of 12 and hence she didn’t go to college after completing her schooling. She rather dedicates her time and efforts to accomplishing her entrepreneurial goals.

Pham has been dating her boyfriend Ryan Trahan since late 2018. He is also a YouTube personality, and an entrepreneur. In March 2019, she revealed that she and her boyfriend moved in together after she turned 18. You can see him feature in her videos and she shares a lot about her romantic life with her social media fans. They got engaged in May 2020.

Being a YouTuber for a little shy of a decade, Pham uploads a variety of videos covering a wide range of topics including beauty, makeup, fashion, lifestyle, dance, challenges, vlogs, hacks, and hauls, to her eponymous YouTube channel.

She has a significant online presence. Her YouTube channel has amassed over 2.4 million subscribers and more than 1 million followers on Instagram.

As a passionate YouTuber and social media influencer, Haley Pham has an estimated net worth of $500 thousand dollars as of 2023.

Raised in Texas, Pham took dance lessons at the age of 11. She is well accomplished in the art form.

She launched her YouTube channel at the age of nine while kids that age would be busy playing and going to school.

Her channel primarily focused on beauty and makeup which was later expanded to various topics.

In one of her videos, Haley chopped off her hair and donated it. She filmed the entire event so that her fans also would do the same.

Pham has discussed her breakup with her boyfriend, and her first period and also talked about harassment when she was stalked by a stranger. She is very vocal about her personal life with her fans and that’s how she connects with them.

Her favorite beverage is Cola.

Haley was nominated in the category “Breakout YouTuber of the Year” at the 11th Annual Shorty Awards.