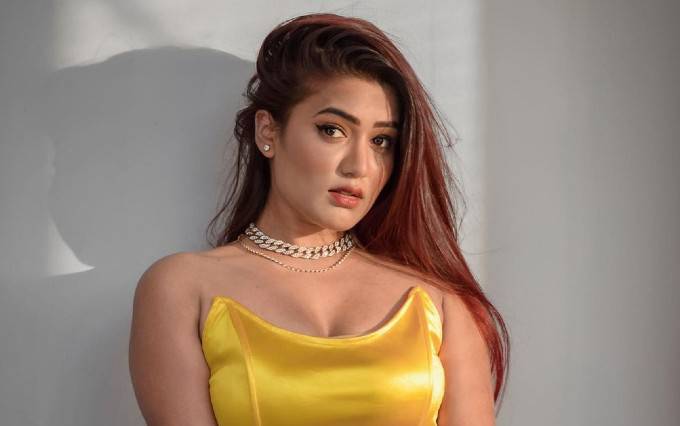 Born and bred in Haridwar, Uttarkhand, Garima Chaurasia is a TikTok star, Instagram celebrity, social media influencer, and content creator. Being one of the most happening apps in the world, TikTok served as a launchpad for many stars which gave birth to several creators including the likes of Charli D’Amelio, Addison Rae, Bella Poarch, Zach King, Brent Rivera, and Billie Eilish. Garima is one such creator who just took full advantage of the app and made a lucrative career out of it by displaying her skills. She has amassed over 22 million TikTok followers.

Apart from being a popular content creator on TikTok, Garima has expanded her reach so far beyond the app. She is got a huge presence on Instagram with over 15 million followers. She is just 24 years old, but she already has a successful career as a content creator and enjoys a pretty sizable net worth. Read on to check out how Garima Chaurasia become so successful at a young age and how much she makes from her social media career.

Talking about her family, she hasn’t shared too many details about her parents or her siblings even during interviews and other public forums. Her father’s name is Anil Chaurasia.

Garima Chaurasia studied at Swami Hariharanand Public School in Haridwar and later enrolled at the Roorkee College of Engineering for her bachelor’s degree.

Garima Chaurasia is private when it comes to her personal/dating life. Going by her social media life, it is safe to say that she’s single and has not been involved in a relationship yet. She rarely opens up about her relationship status, and also we couldn’t find dating rumors or any credible sources to prove that she’s in a relationship.

Undoubtedly, Garima Chaurasia has already cemented a place for herself in the crowded social media space. She credits her early success to TikTok, formerly Muscial.ly, a short video-sharing app, which is no longer accessible in India. So, it will be a perfect thing to start from there. She began her TikTok journey in the late 2010s and it was her performance of the song Bahut Hard from the movie Gully Boy that made her famous on the platform. The TikTok video went viral and she instantly became a household name. With more than 22 million followers on TikTok, Garima is one of the most followed content creators on the app.

It was around the same time that she joined Instagram, with her early photos dating back to February 2016. She has since gained a following of over 14 million followers. Her Instagram page features TikTok videos, travel vlogs, photoshoots, and pictures from her everyday life. She also runs a YouTube channel, which currently boasts 41 thousand subscribers.

So how does Garima Chaurasia makes money? It is no secret that the majority of her earnings come from sponsorship and paid partnerships. She has partnered with a lot of brands out there and she charges a hefty amount of money for every partnership deal. She is also quite busy appearing in music videos lately, which contributes to her soaring net worth. According to various sources, Garima Chaurasia is already worth $400 thousand dollars, and no wonder, expect that number to continue to grow. At such a young age, Garima has accomplished more than a lot of people her age, and she shows no signs of stopping anytime soon.

She was raised in Haridwar, Uttarakhand.

She has appeared in TV commercials for brands like Panchamrit, Glamisha, and GlamEgo, to name a few.

In 2019, she appeared in the Punjabi music video Mashallah, featuring Ravneet Singh.

She is trained in classical dance and she wanted to become a Bollywood actor.

She is a self-made star and has carved out a successful career for herself through her sheer talent.