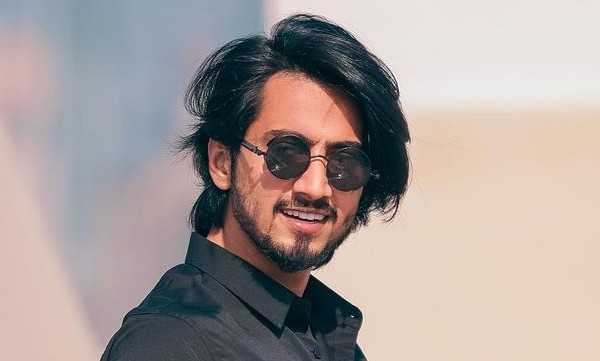 Faisal Shaikh is a 26-year-old social media influencer, content creator, and actor that has taken the internet by storm. With more than 33 million TikTok fans, Faisal is the most followed Indian on the short video-sharing app. He is most famously known for lip syncs, dance videos, and comedy skits that have earned him millions of followers across social media platforms.

He boasts an incredibly athletic body and it’s no surprise seeing his Instagram highlighting a lot of shirtless pictures showing off his six-pack abs. The Mumbai-native has over 19 million followers on Instagram. He formed a TikTok collaborative group called Team 07 with his friends Faisal Shaikh, Hasnain Khan, Adnaan Shaikh, Faiz Baloch, and Shadan Farooqui. As of 2022, Faisal Shaikh has an estimated net worth of $1.5 million.

Very little is known about his family life. He grew up alongside his two sisters.

He lives with his family in Mumbai , Maharashtra , India.

The Indian TikToker is reportedly dating fellow social media star and actress Jannat Zubair Rahmani. The pair haven’t confirmed their relationship yet, but dating rumors have linked the two together since 2018. They often collaborate on each other’s social media accounts and they have even featured together in a music video “Lehja” by Abhi Dutt.

In he past, he was romantically linked to fellow TikTok star Jumana Khan.

Undoubtedly, Faisal Shaikh is one of the most popular social media stars out there who has garnered millions of followers across social media. Ever since the Indian Government banned TikTok, Faisal has found other platforms to connect with his followers.

He joined Josh, a short video sharing platform, back in August last year and has gained more than 23 million followers since then. He’s one of the richest social media stars in the country who has a reported net worth of more than $1.5 million.

The TikTok star has said in an interview that the ban of TikTok hasn’t impacted his earnings and he’s still making a lot of money through brand collaborations. He went on to say that he earns huge paychecks from brands for creating content on social media platforms.

Besides uploading videos online, he’s keeps himself busy shooting for music videos and a web series.

He was born and brought up in Mumbai.

He embarked on a social media career back in 2018 and has since become extremely popular across social media platforms.

His life completely changed after becoming an influencer on TikTok. Though he’s no longer active on the platform after its ban, still many recognize him as a TikToker. That’s the impact that the Chinese video-sharing app has created on his life.

Faisal joined YouTube in May 2020 and has since attracted an audience of over 1.3 million subscribers.

In October 2020, he visited Dubai with his Team 07 members where he celebrated his 26th birthday and uploaded a birthday vlog to his channel. The video has garnered over 1.5 million views.

He is not new to controversy and faced backlash for posting a controversial video about the killing of Tabrez Ansari in 2019. He and his team members later apologized for the video, but TikTok banned Faizal and some of the Team 07 members for over a year.

Faisal starred opposite Ruhi Singh in the ALT Balaji web series, Bang Baang, which was released in January 2021.

He is mostly known for collaborating with TikTok stars such as Avneet Kaur, Riyaz Aly, and Jannat Zubair Rahmani, to name a few.

He has his own deodorant line called 2407 Crush Deodorant.

He has won several awards for having a massive following on social media.