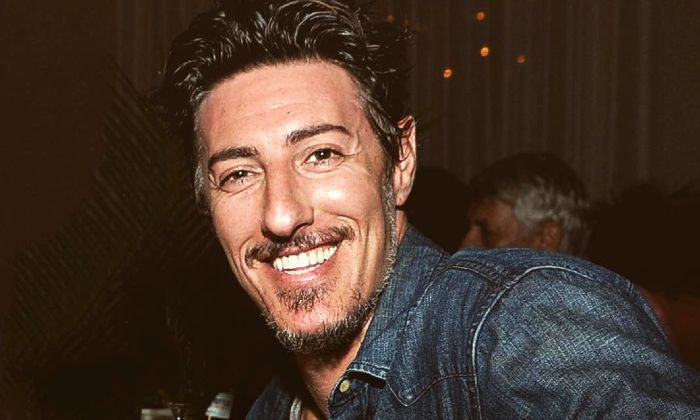 Eric Balfour is an American actor and singer probably best known for portraying Milo Pressman on the action-thriller TV series 24 as well as Duke Crocker in the supernatural series Haven. His other major acting credits include Gabriel Dimas in the HBO drama Six Feet Under, Calvin Banks in the TV series Veritas: The Quest, Charlie Tibideaux in the UPN soap opera Sex, Love & Secrets, and a lead role in the NBC family drama Conviction as A.D.A. Brian Peluso.

His film credits include What Women Want (2000) and The Texas Chainsaw Massacre, Horsemen, Skyline, and Backcountry. Besides all this, he is also the lead singer of Born as Ghosts, formerly known as Fredalba

Eric Balfour is the son of David Balfour, and Sharon (née Salter). His father is a chiropractor while his mother works as a marriage and family counselor. He spent his childhood with his younger sister, Tori, in his hometown in Los Angeles, California. He’s is of Ashkenazi Jewish descent.

Balfour completed his schooling in Burbank, California, during which time he remained active in theater.

when it comes to his personal life, Eric Balfour married his longtime girlfriend Erin Chiamulon, who works as a fashion designer, on May 30, 2015 in Pacific Palisades, California. They have a son named Oliver Lion Balfour, born on August 2, 2018.

Eric Balfour began to act professionally very early in his career. During the early 1990s, he booked in various television series, including the most popular kids TV show Kids Incorporated, in which he starred in through its first season.

After that, he had guest roles in such TV series as Dr. Quinn, Medicine Woman, Arresting Behavior, Boy Meets World, and Step by Step. His first breakthrough role came in 2001 when she was cast in a recurring role of Milo Pressman in the Fox action-drama series 24. With his increasing popularity, he became a series regular on season six, in which he appeared in a total of 19 episodes.

Throughout his acting career, Eric has taken up various roles both in films and TV shows through which he has showcased his acting skills, earning a place for himself in every American household. Most recently, he has appeared in TV series like Haven, A Midsummer’s Nightmare, Chicago P.D., and Charmed.

The California native initially pursued a music career before forging a place on the small screen. He’s a self-made actor and singer having found a lot of fame and popularity in his own right. Through his acting works and in addition to his successful music career, Eric Balfour has managed to earn over $500 thousand as net worth.

He has a decent following on social media, where he offers a glimpse into his personal as well as professional endeavors. He has amassed over 115 thousand followers on Instagram while his Twitter account has over 80 thousand followers.