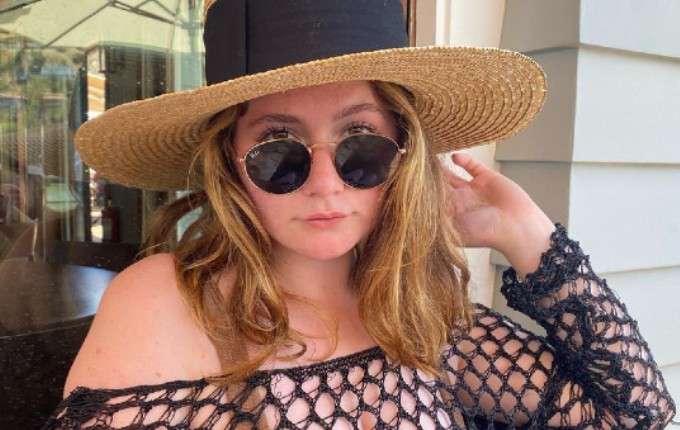 Emma Kenney is an American actress based in New York. Despite being only 21 years old, she has already been a part of two major television productions. She became known to a wider audience when she landed the role of Debbie Gallagher in the acclaimed TV series shameless at the age of 10 years old. Throughout her run on the show, she made an eye-catching performance on Showtime’s drama series that earned her positive acclamation from the audience and critics alike. As of 2023, Emma has a net worth of $4 million.

Her next major production is the ABC sitcom The Conners, a spin-off of the hit show Roseanne. She reprises her role as Harris Conner-Healy in the series that stars John Goodman, Laurie Metcalf, and Sara Gilbert. Her talent isn’t only limited to acting. She directed a short film in 2009 at age 9 by which she became the youngest finalist at the New Jersy International Film Festival. Her other acting credits include Robert the Bruce, Murder at Emigrant Gulch, and Roseanne. Here’s everything you need to know about the Shameless star Emma Kenney.

Emma’s parents are Gillian Kenney and Kevin Kenney. Her father is a sports columnist for Fox Sports while her mother is a criminal defense attorney.

Growing up along with her brother in New Jersey, she took acting classes at age five. She grew up in the loving and caring environment of her family.

Emma attended Oak Park High School in Scotch Plains, New Jersey. She was discovered by an agent at age 8 whom she would later sign as her first manager.

The budding actress is still single and it appears that she isn’t ready for a relationship now. She has previously linked to actor Aramis Knight sometime around 2019.

Emma, without a doubt, is one of the talented and successful actresses in Hollywood. She had her first major role on the hit Showtime comedy-drama series Shameless. The actress was only 10 years old when she was chosen to play the role of Debbie Gallagher, and appeared in all of the show’s eleven seasons from 2011 to 2021. Not only was she lauded for her performance throughout her run on the show, but it also put her in the spotlight.

In addition to her breakout role as Debbie on Shameless, Emma also appeared as Harris Conner-Healy in the popular ABC series Roseanne. The success of the series led to a standalone series called The Conners which premiered on ABC on October 16, 2018. The fourth season of the show is set to go on air on September 22, 2021.

Undoubtedly, Emma is rolling in dough. With her major roles in Shameless and The Conners, her bank balance has grown significantly over the years. In addition, she also earns some money by monetizing her 2 million Instagram followers. Certainly, all her work adds up, resulting in a pretty much net worth, which is estimated to be around $4 million. It’s pretty much evident that her net worth is only going to grow as the actress is just in her early twenties with her popularity touching the sky.

She showed an interest in acting early on in life and took acting classes as she was determined to become an actress.

Emma was still in middle school when she auditioned for the role of Debbie on Shameless. She became a household name and her life totally changed thereafter.

Emma is a talented storyteller and writer, and while in improv classes, she has written several student films.

She did voice role for Marigold Girl in the 2013 3D animated film Epic.

Kenny has been featured in an ad campaign for PETA about highlighting the danger of leaving your dog in your car on a hot day.