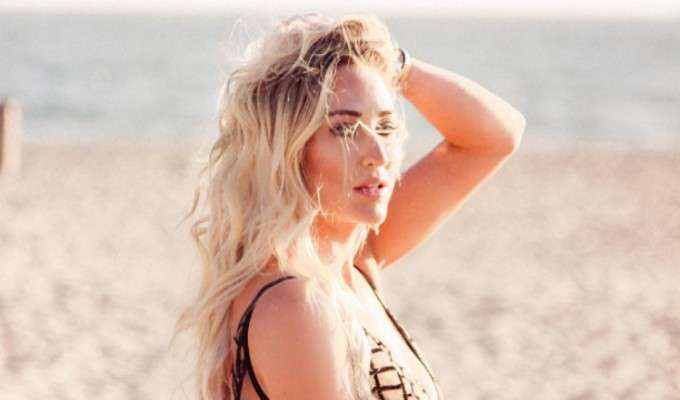 We have featured a lot of personalities from all walks of life over the years. Some are famous in their own right while others rake up to stardom by getting married to already popular celebrities. Emily Wilkinson is one such person who became famous through her marriage with Cleveland Browns Quarterback Baker Mayfield.

Baker married Emily, his girlfriend of two years, in July 2019 and they are enjoying their married life since then. Before her rise to fame, she worked as a bartender. Undeniably, Baker Mayfield is considered to be one of the most successful Quarterbacks in the NFL who has led the Browns to an 11–5 record win against Pittsburgh Steelers in 2020. Here’s everything you need to know about Baker Mayfield’s wife, Emily Wilkinson.

She is the daughter of Lori and Dave Wilkinson and has three siblings, Sammy Wilkinson, Benny Wilkinson, and Annie Wilkinson. Her younger brother Sammy is a singer and a social media influencer who has over 2 million Instagram followers and 1.5 million Twitter followers.

Emily graduated from the University of Nebraska-Lincoln in 2013.

Emily Wilkinson has been married to her husband Baker Mayfield since July 2019. They began dating in 2017 after being introduced to each other by a mutual friend. She is three years older than her husband Baker.

The couple got engaged in July 2018. One year later, Baker and Emily tied the knots on July 6th, 2019, at Calamigos Ranch in Malibu.

She’s a star in her own right. An Instagram model who has over 230 thousand followers on her official account.

Over the past decade, we have seen a lot of people turned into online influencers, thanks to the power of social media. With a following of more than 230 thousand followers, Emily is an Instagram influencer. Her husband Baker is worth more than $12 million.

As per online reports, she has a net worth of more than $1 million dollars in 2022. She earns more than $300k from social media besides other professional endeavors.

She grew up alongside her siblings in Omaha where she completed her schooling.

She worked as a bartender in Barry’s Bar and Grill and then as a patient coordinator at the Galanis Plastic Surgery in Los Angeles.

Being an influencer, she has collaborated with fashion stylists like Cassie Baker, Kakki Jones, and Esha Dhan.