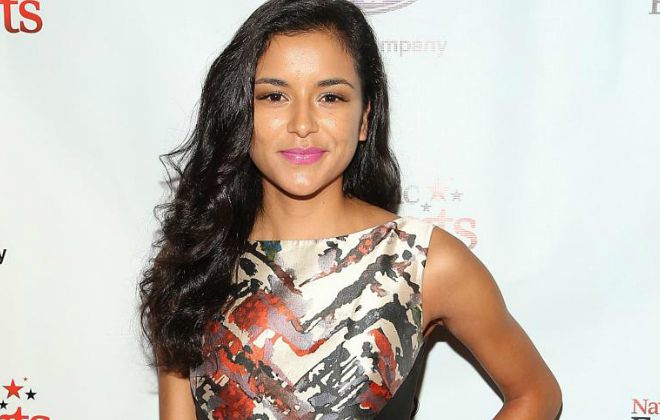 Emily Rios is an American actress and model who came into the limelight with her portrayal of Andrea Cantillo on the AMC series Breaking Bad. She met with critical acclaim for playing newspaper reporter Adriana Mendez on the FX series The Bridge. She starred as Lucía Villanueva in the FX drama Snowfall. Her film credits include The Blue Hour, Down for Life, Pete Smalls Is Dead, and Paint It Black.

Emily Rios was born on the 27th of April 1989, in Los Angeles, California, United States of America. She is currently 32 years old.

Emily is secretive about her private life and thus there’s no information about her current relationship status. She’s openly lesbian, which she revealed in 2014.

Emily Rios made her acting debut in the 2006 independent drama film, Quinceañera, playing a pregnant teen as Magdalena.

Some of her notable works include Down for Life, The Winning Season, Pete Smalls Is Dead, Big Mommas: Like Father, Like So, Paint It Black and If Beale Street Could Talk.

In 2007, she had her first television role playing Tracy Martinez in an episode of NBC’s medical drama series, ER.

Emily Rios has an estimated net worth of $5 million, according to the media.

Rios was discovered by a talent agent while she was shopping at a local mall in El Monte, California.

She began her professional career by appearing in TV commercials and music videos before landing her break out role playing a pregnant teen in the movie Quinceañera (2006).

Being an avid sports fan, she wanted to be become a professional basketball player from her childhood.

She had recurring roles in the television series Friday Night Lights, Men of a Certain Age, Breaking Bad, The Bridge and From Dusk till Dawn: The Series.