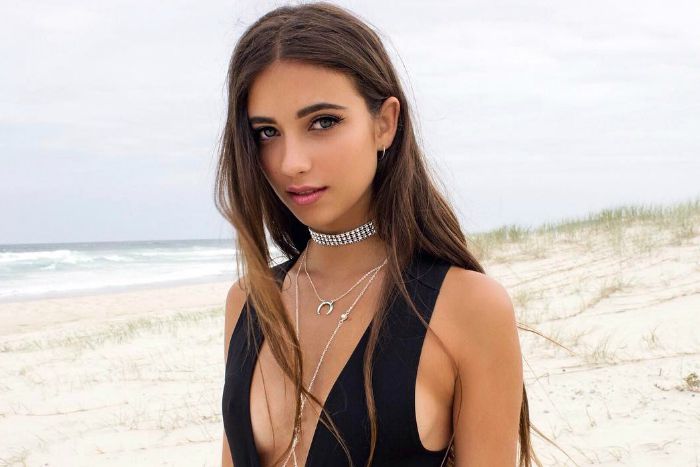 Elisha Herbert is an Australian model and Instagram star who is represented by Elite Model Management. She and her twin sister Renee were discovered by Peppermayo through Instagram when they were 15 years old with barely 10,000 followers at that time. She has now garnered over 1.6 million followers on the photo-sharing app.

Elisha Herbert was born on the 25th of  June 1999, in Sunshine Coast, Queensland, Australia. She is currently 22 years old.

There’s very limited information is available about her family and education. Her mother name is Florence Herbert. She was born as a triplet and her triplet siblings are Renee (Instagram Star) and Eric Herbert. In addition, she has two older siblings, sister Kayla, who is also an Instagram star. Her older brother name is unknown.

Looking at her Instagram feed, it is evident that Elisha may share a relationship with Australian surfer and a model Alex Hayes. She has posted a lot of their pictures together on social media.

Elisha did not appear in any film or TV show till date.

Throughout her modeling journey, Elisha Herbert has endorsed a number of brands and products such as FitazFK, KOA Swim, Princess Polly, Benefit Cosmetics Australia, among others.

She along with her sister Renee serve as the brand ambassador for Le Tan UBER|DARK.

Being an Instagram star with a massive following as well as she was scouted by Peppermayo.

Elisha started her modeling career at the age of 14 after being scouted by the fashion brand Peppermayo through Instagram.

She is a triplet.

According to her, if a guy wants to date her would have to see an entire episode of Gossip Girl.