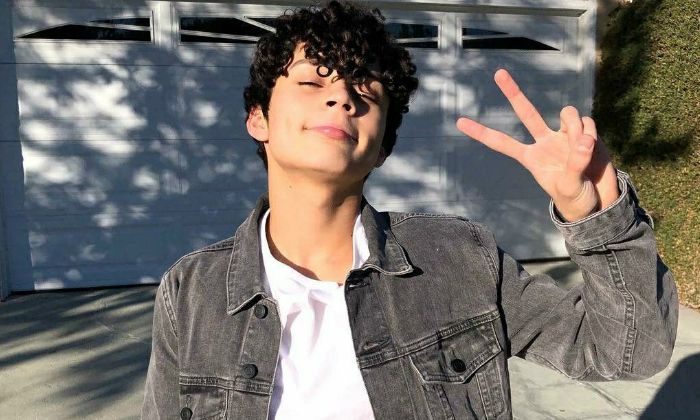 Diego Martir is a Salvadoran Instagram star and social media personality who is probably known for his amusing videos and pictures on Instagram. He has accrued more than 1.2 million followers on Instagram in a quick time which eventually made him famous on the internet. Not only is he a fun-loving person but also an exuberant and ebullient guy who loves entertaining people through his comical stuff. Diego also has a self-titled YouTube channel with more than 120k subscribers where he posts funny videos. He is a child prodigy with an amazing sense of humor and an avid dog lover.

Diego Martir was born on the 24th of December 2003, in El Salvador. He is currently 18 years old.

As far as her personal life is concerned, Diego hasn’t revealed anything about his family or his education. Despite internet fame and popularity, he has kept the details about his parents away from the spotlight. He has four sisters and one brother, including Jenny and Ainara Martir.

Information regarding his education is not available as well.

Talking about his romantic life, Diego Martir dated fellow social media personality and YouTuber Desiree Montoya from 2017 until 2018. They even launched a collaborative channel ‘Diego & Desi’ on YouTube in June 2018 which contains numerous videos of them featuring together. The couple decided to split in December 2018 as they were often involved in heated arguments and irreconcilable differences. But, still, they are on good terms.

Diego Martir joined YouTube in 2017 and subsequently joined other social media platforms too. He came out from nowhere and his funny posts and memes gained a lot of traction on the internet. He mostly posts under the hashtag #Skittlegang which is something that attracted a lot of people and his followers’ count started raking in.

As of 2019, he has earned over 1.2 million followers on the photo-sharing app and also amassed a decent fan base on other social media apps. With only three videos being uploaded to his self-titled YouTube channel, it has still managed to earn more than 120 thousand subscribers.

According to sources, Diego Martir has a reported net worth of $200 thousand dollars.

He has aspired to become a soccer player from a young age and used to play a lot of sports until he was drawn to social media.

As a teenager, Diego was fascinated by the fame and money that social media personalities attain in a short period of time and decided to make a career out of it.

Diego Martir created his eponymous YouTube channel on August 20, 2018, and the channel has already garnered more than 120k subscribers and 1.3 million views.

He is friends with the likes of Mads Lewis, Hunter Rowland, Alex Guzman, Devenity Perkins, and Jesse Underhill.

His celebrity crush is the Cuban-American singer and songwriter, Camila Cabello.

Diego Martir revealed himself as annoying as well as funny when asked how would you describe himself.

In 2019, Diego was featured in the music video for the song titled Mi Amor by Danielle Cohn.