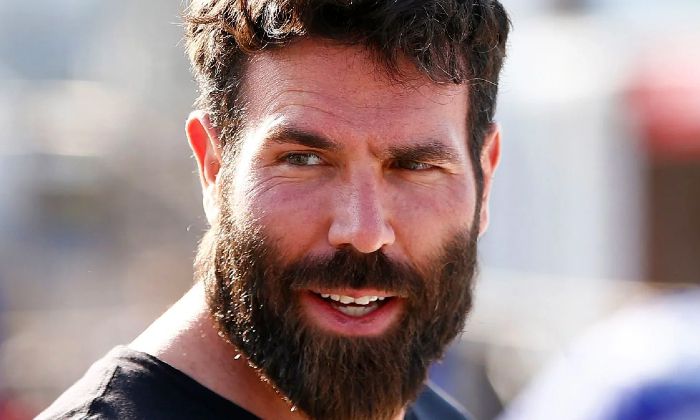 Born and bred in Tampa, Florida, Dan Bilzerian is a gambler, entrepreneur, actor, and social media personality, probably best known for his lavish lifestyle. He first came to the limelight in 2008 when she started playing poker in a World Series of Poker Main Event. Dubbed as “King of Instagram,” Dan has over 33 million Instagram followers. Having won and lost several millions of dollars over the years, Dan has garnered so much attention as a high-stakes poker player. His luxurious yet controversial lifestyle and a carefree attitude have earned a name for himself.

Dan Bilzerian was born on the 7th of December 1980, in Tampa, Florida, United States of America. He is the son of Terri Steffen and Paul Bilzerian, a corporate takeover specialist. He has a brother named Adam who introduced him to gambling. He’s got Armenian roots from his father.

He grew up in Tampa, Florida, in an eleven-bedroom luxurious mansion that boasts several amenities, including an indoor basketball court, batting cage, lake-front views, swimming pool, water slide, and an “imported volcanic rock mountain”. His father, basically a businessman, owned a robotics company, among other investments. Furthermore, he set up trust funds for both of his sons to live on.

Bilzerian attended Tampa Preparatory School before enrolling at the University of Florida from which he majored in Business and Criminology.

Apparently, known for his extravagant lifestyle, Dan Bilzerian has had his fair share of women. He’s known for holding lavish parties at his Los Angeles mansion.

Currently, he is in a relationship with model Sofia Beverly, who is 16 years younger than him. They began dating in 2017 and are going strong with their romance.

Dan was introduced to the world of gambling by his brother whilst still in college. He had already started making money from poker games before taking over the trust fund set by his father. In 2008, he entered his first-ever World Series of Poker Main Event, where he played against the likes of professional poker players Phil Ivey and Joe Cada. He finished the event in 180th place and won $36,626.

As a relentless gambler, Dan has played in various international tournaments. He became the talk of the gambling world for being a regular on the high-stakes poker games. Over the years, he has won and lost several high-stakes games but apparently, he has made a fortune out of it.

Not only he plays himself but he also sponsors other poker players. In 2014, he claimed that he had earned a whopping $50 million in that year through poker games.

Dan shot to fame for his lavish lifestyle. He lives in a lavish mansion in Las Vegas that boasts all modern and contemporary amenities including a pool, a hot tub, a movie theater, and 11 bedrooms.

With so many accomplishments, Dan has already made quite a career. After gaining a lot of fame with poker, he branched out and became an entrepreneur as well. Dan owns Ignite International Brands Ltd., a brand that sells electronic cigarettes, CBD oils, water bottles, and vodka, among other products.

Collectively, Dan Bilzerian has accrued a net worth of over 200 million dollars. His success in business and gambling is nothing short of inspirational.

He is no stranger to controversies, and above all, he has carved out a successful career for himself.

In 2014, Dan was accused of kicking model Vanessa Castano in the face during a brawl, and as a result, he was barred from a Miami nightclub.

On December 9, 2014, Bilzerian was arrested at Los Angeles International Airport on unrelated bomb-making charges. The charges against him were dropped the same day and he was released from police custody.

That same year, he was indulged in another legal dispute with pornographic actress Janice Griffith, when he throw Griffith off the roof of a house and into a pool. Unfortunately, she fell short of the pool, hitting the edge, and broke her foot.

In 2017, Dan claimed that he was present at the unfortunate Las Vegas shooting and posted a series of videos on his Instagram that eventually drew a lot of criticisms.