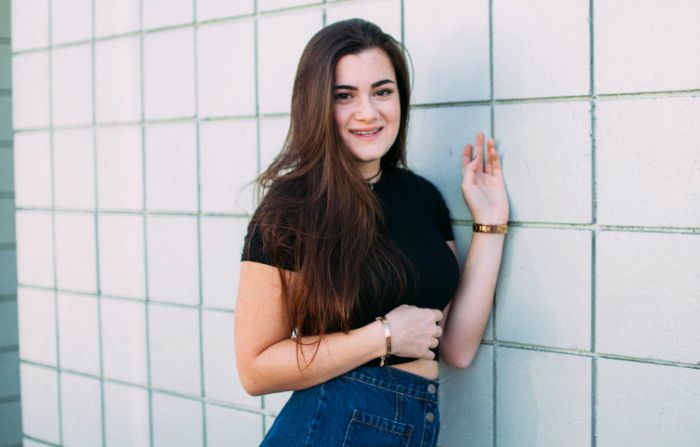 Cloe Feldman is a famous American YouTuber best known for her successful YouTube channel “CloeCouture” which has earned more than 5.3 million subscribers. She makes videos on beauty, fashion, lifestyle, and music. The young beauty has a massive fan following on different social media platforms with more than 1 million followers on Instagram and more than 200k followers on Twitter.

Cloe Feldman was born on the 23rd of June 1997, in Florida, United States of America.  She’s currently 24 years old.

Speaking about her family, not much information about her family and childhood is revealed to the media. Her mother died due to cancer in February 2016. She has two siblings, Sage and Mia Breena.

Cloe took admission at the University of California, Los Angeles to study business and economics.

CloeCouture prefers to keep her relationship status away from the spotlight. In early 2017, she was rumored to be dating fellow YouTuber, Cameron Dallas, after the two collaborated for a video. However, Cloe revealed that they weren’t dating and nothing happened between the two.

Cloe Feldman hasn’t been a cast member in any film or TV show yet.

Being a super glam beauty guru on YouTube with more than 3.8 million subscribers.

Cloe Feldman has an estimated net worth of $1.5 million US dollars.

The young beauty faced several hardships in the early days of her vlogging career. She created her YouTube channel in January 2011, but her account was hacked and her videos were deleted by the end of the year. She lost around 220k subscribers in the process.

She subsequently created another channel which was also hacked by the hackers. However, with the help of YouTube support, she was able to successfully recover the account and its videos.

She was just in the eighth grade when she started her journey with YouTube. She learned makeup and beauty tutorials from other YouTubers and started uploading her won to make and beauty videos.

In September 2011, she was featured in The Wall Street Journal article “Mixing Makeup for the Webcam” along with Sarai and Rachel.

She has created her exclusive range of apparel and accessories under the label of GLO by CloeCouture.

Her mother died in February 2016 after battling with cancer for 17 years. She posted a tribute video to her titled “Goodbye Mom ♥.”

Cloe has released the covers of various popular songs like “Everytime” by Britney Spears on her channel.

In December 2016, she also released a music video titled Hanukkah on her official YouTube channel.

She collaborated with fellow YouTube star Cameron Dallas for a video titled “How to Tell if Your Crush Likes You” in February 2017.