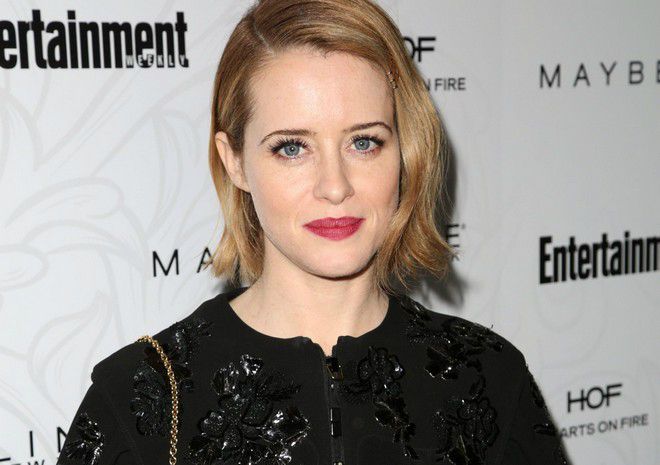 Claire Foy is an English stage and screen actress who shot to fame for portraying the young Queen Elizabeth II in the Netflix series The Crown, a role that earned her a Golden Globe Award and the Primetime Emmy Award. Her other acting credits include Vampire Academy, Unsane, First Man, Crossbones, and Wolf Hall. As of 2023, Claire Foy has a net worth of $4 million.

Claire Foy was born on the 16th of April 1984, in Stockport, England, United Kingdom. She is currently 37 years old.

Claire attended Aylesbury High School, a girl’s grammar school, in Buckinghamshire from the age of twelve and then enrolled at the Liverpool John Moores University to study screen studies and drama.

In 2007, she graduated from the Oxford School of Drama, where she studied a one-year acting course.

Claire Foy is married to British actor Stephen Campbell Moore since December 2014. They have a daughter, Ivy Rose, born in March 2015. The couple filed for divorce in early 2018 after four years of marriage, stating that they had already been separated a while ago.

Claire Foy made her mark in mainstream cinema with her role as Anna in the 2011 fantasy adventure movie, “Season of the Witch”.

Foy had her first television appearance as Julia in the pilot episode of the supernatural drama series, “Being Human” in 2008.

She earned critical acclaim for her portrayal of Amy Dorrit in BBC mini TV series “Little Dorrit” in 2008 and younger version of Queen Elizabeth II in the Netflix series “The Crown” from 2019 to 2017.

Her divorced when she was eight years old.

She made her professional stage debut in The Miracle, directed by Paul Miller at the Royal National Theatre in London.

In May 2010,  Claire was considered one of the 55 faces of the future by Nylon Magazine’s Young Hollywood Issue.

She is a huge fan of Bruce Springsteen.

In 2018, Foy won the Emmy Award in the Lead Actress in a Drama Series category for her role as Queen Elizabeth II in The Crown (2016).

She trained as a ballet dancer from a young age, but was diagnosed with juvenile arthritis at the age of 13 and had to quit dancing.

She can play the piano.