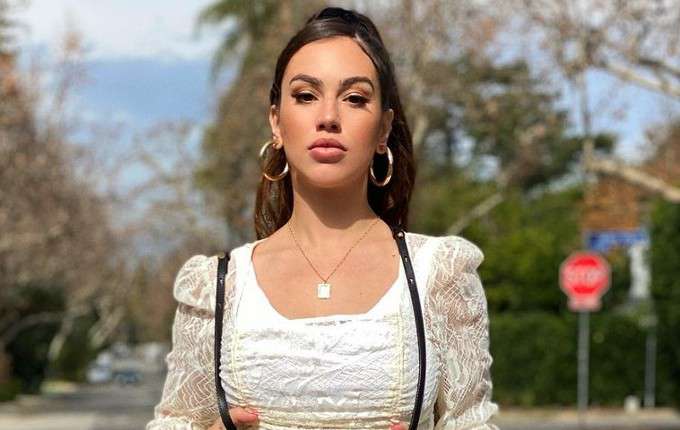 Chrysti Ane is a Brazilian fitness model and actress who is probably best known for her portrayal of Ninja Steel Pink Ranger on Power Rangers Ninja Steel. She began her career as a fitness model by flaunting her incredibly toned physique and fitness regime on her Instagram. She is a successful model and blogger.

Ane runs a fitness website called Body By Chrysti, where she shares her passion for a healthy lifestyle. The website has offers programs – a 20-minute workout guide and a healthy diet challenge, which helps people to stay fit and healthy. She is the wife of American actor Ryan Guzman.

Unfortunately, there isn’t much information about her parents or her early life. Born in Rio de Janeiro, Brazil, she ended up moving to the United States when she was six years old.

There she attended Redondo Union High School in Redondo Beach, California. She then enrolled at the prestigious Aaron Speiser Acting Studio in Los Angeles, California where she studied acting.

Chrysti Ane got enagged to actor Ryan Guzman in September 2018 after dating him for several years. They have two children together – a son named Mateo Lopes Guzman (b. January 24, 2019) a daughter named Genevieve Valentina Guzman (b. January 7, 2021).

Growing up, Chrysti had aspired to pursue a career in acting. She made her acting debut with the TV series Malhação Casa Cheia in which played the role of Meg. She is also a fitness instructor and did a series of collab videos with the US-based fitness company Fitonomy. This, in fact, inspired her to launch her own YouTube channel and a website.

Her YouTube channel has more than 32 thousand subscribers and her last video was uploaded some fours ago. The channel has since become inactive. Thanks to her website, she’s on a quest to help people with a workout program and a nutritious 21-day die challenge.

Her major breakthrough came in 2017 when she landed the role of Pink Ranger, Sarah Thompson in the American TV series Power Rangers Ninja Steel. Aside from her somewhat successful acting career, she’s also a fitness coach and entrepreneur. She is the founder of the luxury fashion boutique Luxmafia.

She was actively involved in sports like soccer, tennis, horseback riding, and swimming when she was young.

She took dance lessons at the age of three.

To prepare for her role on Power Rangers, she got trained in martial arts, firearms tactical training, and motorcycle riding.

In 2016, she appeared in the TV movie A Housekeeper’s Revenge as Kayla.