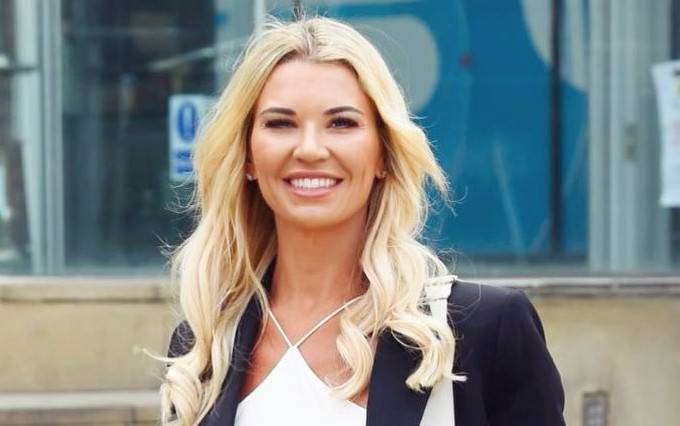 English model, TV personality, and former beauty queen Christine McGuinness is best recognized for her appearance on The Real Housewives of Cheshire, a British reality show that follows the glamourous lives of some of the richest women living in or around Cheshire, England. Having begun her career as a model by performing in beauty pageants across the UK, she has worked with various high-profile brands before getting herself on television. She has been a part of several television shows including Loose Women, Steph’s Packed Lunch, This Morning, Good Morning Britain, The Real Full Monty, and The Games. She has amassed a little less than 700k followers on Instagram.

She has English ancestry.

Christine’s parents are Johnny Martin and Joan Martin. She has two siblings, a brother, Jamie Martin, and a sister, Billie-Jo Martin. Her father was a drug addict. She had a troubled youth as she suffered sexual abuse at the hands of a family member.

McGuinness got married to actor, comedian and presenter Paddy McGuinness on June 4, 2011. The couple have three children together – – 2 daughters named Felicity Rose McGuinness (b. September 9, 2016) and Penelope Patricia McGuinness, and a son named Leo Joseph McGuinness. Penelope and Leo are twins (b. July 2, 2013). McGuinness and her three children have autism. The couple ended their 11 years marriage life in July 22, and announced that they would continue to live together in their family home.

She was born and raised in in Blackpool, Lancashire.

She began participating in beauty contests whislt she was a teen and won Miss Commonwealth in 2007.

That same year, she modelled for Liverpool-based boutique Cricket in her bikini at the Liverpool Tennis Tournament.

In 2012, she appeared on TV shows like Who Wants to Be a Millionaire? and All Star Mr & Mrs along with her ex-husband Paddy.

In 2018, she appeared on the reality show The Real Housewives of Cheshire and departed from the show in 2020.

Christine’s autobiography A Beautiful Nightmare: My Story was released in November 2021.

Since early 2022, McGuinness and her ex-husband have been co-hosting a podcast called Table Talk with Paddy and Christine McGuinness.