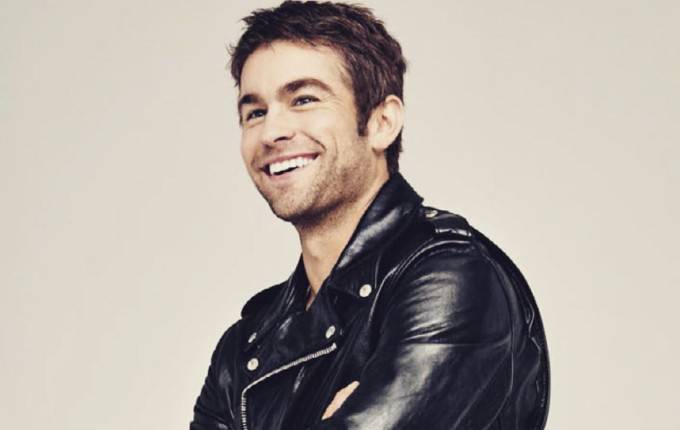 Chace Crawford is an American actor who first caught the spotlight when he landed the role of Nate Archibald on the CW series Gossip Girl. During his six-year run on the critically acclaimed show, Chace has won as many as four Teen Choice Awards. He burst onto the acting scene in the mid-2000s with the horror-thriller The Covenant and quickly made his shift and landed roles in major productions.

The actor, who has starred in a ton of TV shows and movies, can be best remembered for playing Billy LeFever on ABC’s short-lived drama series Blood & Oil and Kevin Moskowitz on the Amazon Prime Video original series The Boys. His film credits include The Haunting of Molly Hartley, What to Expect When You’re Expecting, Charlie Says, Nighthawks, and Inheritance.

He is of English, Scottish, Scots-Irish/Northern Irish, and German descent.

Chace Crawford is the oldest of two children to Dana (Plott), a teacher, and Chris Wayne Crawford, a dermatologist. His younger sister, Candice Crawford Romo, studied broadcast journalism and won the Miss Missouri USA title in 2008. His brother-in-law, Tony Romo, is a former Dallas Cowboys quarterback.

Chace attended Ridgeview Elementary School, Bloomington, Minnesota, and later went to Trinity Christian Academy, Texas. After graduating from Trinity in 2003, he enrolled at Pepperdine University, California to study broadcast journalism and marketing but dropped out while he was in his second year to pursue a career in acting.

The Texas native has had dated many women throughout the course of his acting career. More recently, he was romantically involved with his Blood & Oil co-star Rebecca Rittenhouse. The duo began dating in 2015 and had split in 2019.

While Chace has acted in numerous TV shows and films, the one that put him in the spotlight and helped him achieve global stardom was the hit teen drama series Gossip Girl. On the show, he played Nate Archibald, a student at St. Jude’s and Blair’s childhood boyfriend alongside the likes of Blake Lively, Leighton Meester, and Penn Badgley. The show apparently made him a household name, establishing a name for himself in the entertainment industry. He won several awards, including four Teen Choice Awards.

He had a very good start in the acting industry, thanks to Gossip Girl, one of his forts major works. Chace followed up with his success on the show with a number of small and large roles. He has a pretty impressive resume with a wide range of roles in both films and TV shows. In 2019, he scored a major role in Amazon Prime’s The Boys, playing one of the main characters Kevin Moskowitz. With his latest, he’s set to reach a much larger audience.

As of 2023, Chace Crawford is worth a reported $6 million. His acting career brought him so much attention that he has managed to pull in over 2.2 million followers on Instagram.

He started off with modeling as a teen but never had the intention to pursue acting. Until his college second year, he was unsure about his career path and it was when his mother suggested that he would pursue acting.

Chace put an end to his studies after he got himself signed to a talent agent. He made his acting debut with the television film, Long Lost Son, in 2006.

His film debut came that same year with the horror film The Covenant, where he played Tyler Simms.

He was active in sports while in school and played golf.

He was named “Hottest Bachelor” by People magazine in 2009.

In 2019, he was cast as Kevin Moskowitz / the Deep in the Amazon Prime Video original series The Boys.