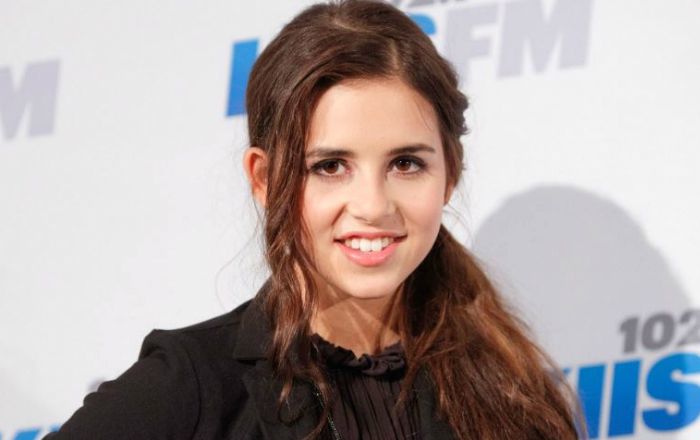 Carly Rose Sonenclar is an American singer who gained attention after becoming the runner-up on the second season of the American version of The X Factor. the young beauty has appeared in several music albums, including Wonderland and Just For Fun.

There’s not much-known information available about her educational qualifications.

Carly Rose Sonenclar prefers to keep her personal life under the wraps and thus we do not know little about her love life or dating history.

After attaining fame through the X-Factor, Carly was signed by Syco Entertainment. She released her original tracks “Unforgettable” and “Fighters” in 2013.

Carly Rose released her debut studio album titled Stirrups on 7 March 2018 via Restees Music label. The album packs 13 tracks, of which the singles, “Travelogue” and “Friends and Foes” went viral on the internet.

Carly earned her first acting role as Katherine Rollins in the 2008 comedy romantic film The Sisterhood of the Traveling Pants 2.

In 2011, Carly was cast as Gilda Flip in PBS’ The Electric Company.

Being the runner-up on the 2nd season of the reality singing competition show ‘The X Factor’.

Carly is an Ambassador for The Starlight Children’s Foundation of NY/NJ and CT.

As of 2023, Sonenclar has a net worth of $500 thousand dollars. She lives with her family in Mamaroneck, New York.

Carly has been singing since she was two years old.

She started off her acting career in 2006 when she was cast in the play ‘The Night of the Hunter’ at the New York Musical Theatre Festival.

Carly was just seven when she made her Broadway debut, playing Young Cosette in the play ‘Les Miserables.

In 2009, she starred in the musical Little House on the Prairie.

She has a celebrity crush on Harry Styles and Channing Tatum.

She has sung U.S. National Anthem at various sports events.

Carly has made several stage performances throughout her singing career. In 2012, she performed at the Best Buy Theater in the Stand Up for a Cure 2013 Concert Series.

In 2014, Seventeen magazine named her one of the seventeen most powerful women under 21 years old.

She runs her own YouTube channel where she has over 350k subscribers as of June 2018.