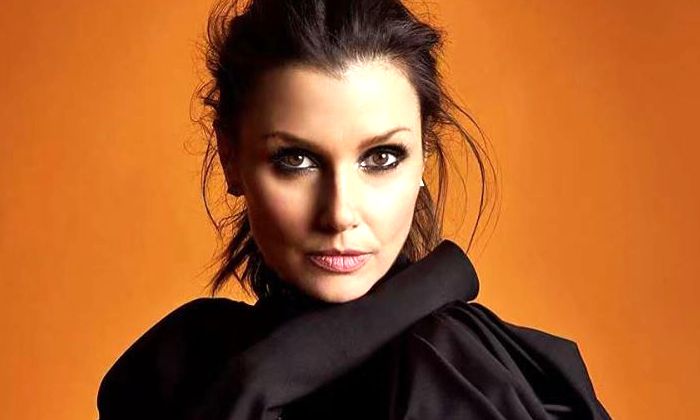 Bridget Moynahan is an American actress from Binghamton, New York. Having started her career while still in her teens, she’s arguably most popular for playing Natasha Naginsky in the HBO hit show, Sex and the City, a small-time character, having appeared in just seven episodes, and co-starring with Keanu Reeves in first two John Wick films and with Will Smith in I, Robot.

She’s been playing Erin Reagan on CBC’s Blue Bloods since 2010. She has spent most of her career in the spotlight from appearing on the covers of over a dozen magazines and to landing major acting roles in both films and television series. As of 2021, Bridget Moynahan has a net worth of $25 million.

Bridget Moynahan is the only daughter of Mary Bridget (née Moriarty), a former school teacher, and Edward Bradley Moynahan, a scientist and former administrator at the University of Massachusetts Amherst. She has two brothers, Andy and Sean. She is of Irish-American descent.

Moynahan attended Longmeadow High School, where she was served as the caption for the girls’ soccer, basketball, and lacrosse teams. After graduating from high school in 1989, she attended the University of Massachusetts Amherst.

She began modeling right after her school graduation and studied acting at the prestigious Caymichael Patten Studio in New York.

Bridget Moynahan was in a live-in relationship with screenwriter Scott Rosenberg from 2001 to 2003. In 2004, Moynahan began dating American footballer Tom Brady but ended their relationship amicably in 2006. She gave birth to Brady’s son, John Edward Thomas Moynahan, on August 22, 2007, in Santa Monica, California.

Following her break up with Brady, she briefly dated film director and producer, McG in 2010.

Moynahan married her boyfriend of two years, businessman Andrew Frankel on October 17, 2015, at a grand wedding ceremony in the Hamptons. In addition to raising her son, John, she’s also the stepmom of Frankel’s three sons from his previous relationship.

Bridget Moynahan got her start in modeling while she was still in her teens. She actually never intended to become a model, however, the opportunity came at her disposal when she accompanied her friend to a modeling audition and was lucky enough to have gotten signed by a modeling agency.

As a model, she has graced the covers of several renowned magazines, inducing Vogue, Elle, Glamour, New Woman and Shape. She has also appeared in various print ads, catalogs and television commercials.

Her acting career began in 1999 with a guest role in the film, Row Your Her Boat. That same year, she landed the role of Natasha Naginsky, a recurring role, in the most popular HBO series, Sex and the City.

In 2000, she got her big break as an actress when she was cast as Rachel in the rom-com, Coyote Ugly.

Moynahan’s first major breakout role was in the 2004 science fiction action film, I, Robot, where she co-starred with Will Smith, Bridget Moynahan, Bruce Greenwood, James Cromwell, and Chi McBride.

In 2006, she starred in a drama series called Six Degrees, playing her part as Whitney Crane, which ultimately propelled her to stardom. She received critical acclaim for her performance in the series that eventually led to major starring roles in Blue Bloods, Unknown, Lord of War, and John Wick Chapter 1 and Chapter 2, among many others.

Bridget Moynahan has a net worth of $25 million, as of 2022, earned through a successful acting career. Being passionate about acting, she made an impressive amount of fortune by appearing in high-profile movies and successful television series. In addition, her modeling career also added significant value to her net worth. Like the many other actors we’ve featured here, there are a lot of things to take away from what she does and how she handles her career.

Born in Binghamton, New York, she was raised in Longmeadow, Massachusetts.

Her first name Bridget is adapted from the Celtic name ‘Brighid’ which means ‘the exalted one.’ According to Irish mythology, this is the name of the goddess of wisdom, fire, and poetry.

Bridget described herself a tomboy during her childhood.

She published a cookbook titled ‘The Blue Bloods Cookbook,’ which she co-authored with Wendy Howard Goldberg in 2015.

Her favorite quote is “There’s nothing like a good pair of heels”.