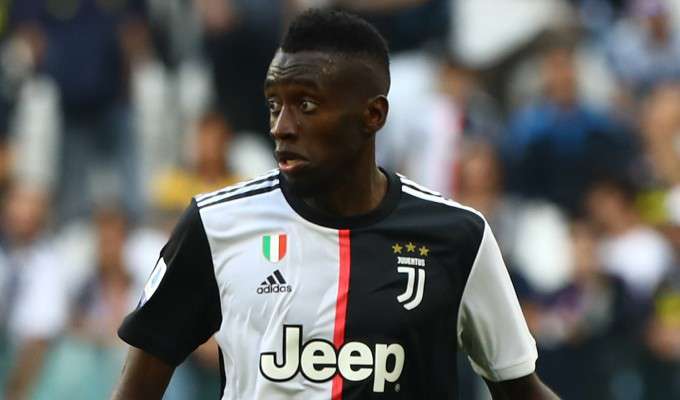 Born to an African parent in the suburb of Toulouse in France, the powerful and mobile midfielder explore his talent right from his hometown until he became an international figure while earning himself a series of accolades in the process.

Although, he was raised across France while he kept moving about to horn his talent, and the former Paris Saint-German midfielder may be plying his trade currently in the United States of America but the World Cup winner definitely left his mark in Europe with a series of award and victories across the club he manages to represent in his time right from France to Italy.

Blaise Matuidi was born on April 9, 1987, in Haute-Garonne, Toulouse, where he fell in love with the beautiful game of football at an early age while he was idolizing an African trick footballing legend, Jay-Jay Okocha, he quickly began his career at a very tender age of six with an amateur club, US Fonyenay- Sous-Bois and CO Vincennois in Ile-de-France region, he however quick to advance his career at Clairefontaine academy before moving to Creteli and thereby finding his way Ligue 1 club, Troyes.

Moreover, despite his affluence and victories across European football throughout the years, his presence, the French international has found it difficult to help his current club into a powerhouse footballing team in the Major League as he looks to strive to beat the odds despite the Bet365 Canada and the other bookies giving their odd to New England revolution as the favorite to win the Eastern Conference ahead of the rest with +350 odds, while Matuidi’s Inter Miami is languishing as the tenth favorite to scoop the Eastern Conference at +2800. However, below are the up-to-date bio of the 2018 World cup winner.

The Inter Miami’s combative midfielder is a simple guy with very good attributes, but below are his quick bios

Although the France international, was born in the suburb of Toulouse in France, he has African roots as he was brought to this world by an Angolan father, FariaRivelino, and a Congolese mother, Elise Rivelino.

The father of the affluence midfielder migrated to France at an early age but had Matuidi in France with his four other siblings as they were all raised in the suburb of Fontenay-sous-Bois where he began to polish his football career while watching the Paris Saint-Germaine stars until he became a Perisen himself in the future.

Blaise Matuidi began his footballing career at the amateur club in the Ile-de-France region at Fontenay-Sous-Bois and CO Vincennois, but he was quick to be drafted by Clairefontaine academy in 1999 and further grow as a player before he moved to Creteli, a semi-professional club where he finally has his vision clearer before he moved to Troyes after his three years at Creteli youth academy.

The French international started his career right from his hometown at a tender age with a small academy team until he finds his space and bearing to play among the big boys in Europe while representing Saint Etienne and Paris Saint Germaine before moving to Juventus where he further tests his capabilities and techniques with his willpower to win on all front.

Currently, the France international is plying his trade in the United State of America – Major League Soccer with Inter Miami.

But it was a story that started with a passion of a young lad sourcing a great future with redemption and solace in football he found like any other child. But after his developmental participation in youth football, the Angolan by origin midfielder moved to Troyes where he began to establish his professional career until he moved to Saint Etienne in 2007 after spending three years with the Troyes giant club, Esperance Sportive Troyes Aube Champagne i.e. Troyes.

At Saint Etienne, the son of FariaRivelino, takes a stride into his new team’s first eleven settings the template for the bright future yet to come with which many European clubs from England, Arsenal; Italy, Milan, Inter, and Juventus and a host of others across began to source for his signature in just more than a year with the club, but the French international opt to stay with Saint Etienne where he formed a lethal partnership with BafetimbiGomis and other midfielders like Loic Perrin and Christophe Landrin to push the Auvergne-Rhode-Alpes club to new dimension despite been the Ligue 1 most successful local club in the prestigious history of the Ligue 1 professional.

More so, the former Troyes man was named the new captain of Saint-Etienne by the incoming manager, Alain Perrin after the first match of the beginning of his third season with Saint-Etienne due to the injury suffered by Loic Perrin as he continues to hold to the captainship armband after the return of the fellow midfielder. But returned the armband to the rightful owner when a new manager was hired by the club’s management.

Moreover, the combative midfielder would move on to Paris Saint-German despite the host of suitors vying for his signature – the then 24-year-old opted to stay in his country with the risen French football powerhouse. In PSG, Matuidi found a new home, aura, and determination to achieve as devoted six of their playing career to the Les Perisen.

During his six years stay at PSG, Matuidi won several awards and silverware and personal and team level where he won the Ligue-1 with the capital city base club and was named UNFP player of the year for the second time in the 2015/2016 season couple series of the team of the year, League-Coupe and France-Coupe de la Ligueand couple of Ligue 1 titles until he joined Italian giant club, Juventus in 2017.

Blaise Matuidi spent three years in Juventus where he constantly won the Scudetto and some other domestic trophies in between his three-year spell in Turin. He, however, played 133 matches for the Old lady of Turin before he terminated his contract on August 12, 2020, before he moved to Inter Miami in the United States where he currently plies his trade with his former Juventus teammate, Gonzalo Higuain.

Below is the physical attribute of the former Troyes midfielder

Matuidi could have well represented his country in all youth cadre but he was largely unnoticed during his time at Creteli and Troyes that soon change when he moved to Saint Etienne as the combative midfielder duly represented his country at under-19 and under-21, while he helps the Under-21 side to 2009 UEFA European Under-21 football championship, but failed to nail the senior team instantly.

However, he was called to the senior national team squad after the Les Blues’ disappointing outing in the 2010 World cup in South Africa where he failed to make an appearance but made his debut the following month against Bosnia and Herzegovina in a 2-0 EURO 2012 qualifier victory and henceforth secure his place as he helped France national team to 2016 EURO silver medal and 2018 World Cup triumph while playing along with Paul Pogba and NgoloKante.

Having an illustrious career with his professionalism, Blaise Matuidihas made name for himself in modern football among the very best player while winning so many awards and team laurels in the process.

It is quite imperative for players as successful as Matuidi to have a robust net worth. In fact, Blaise Matuidi’s net worth has best been generated from his wages and other incentives while he currently earns around 8 million euros with an estimated net worth of 20 million euros. Also, there have been some reports of France’s international business dealings, but the basis of such reports is yet to be ascertained.