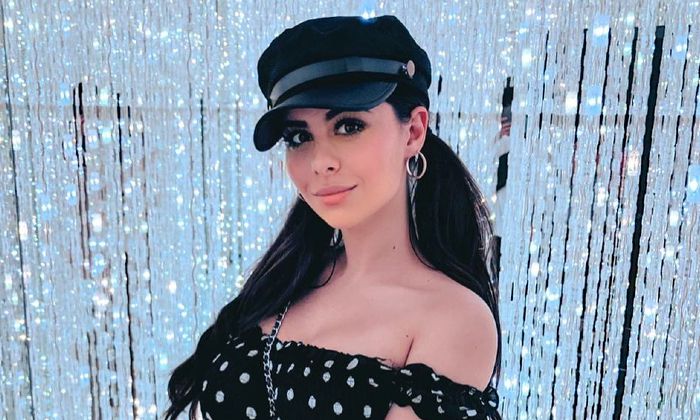 Azzyland is a Canadian social media sensation and YouTuber, probably best known for her gaming content on her eponymous YouTube channel. She’s quite different from other female YouTubers as her channel is not related to makeup and other girly stuff that make her stand out from the crowded community. Her channel is all about game-centric comical content, pranks, challenges, and vlogs. She became the first female YouTube gamer and perhaps one of the most popular YouTubers in the gaming category. Before launching her own channel, she was a cosplayer. She used to ace famous characters and has participated in various cosplay events all over the world. In addition to 14 million YouTube subscribers, Azzy has garnered millions of followers across Instagram, TikTok, and Twitter.

There is not much information to share about Azzy’s personal life as she hasn’t yet divulged anything about her family, siblings, and her early life. She was born Azra Bajrami and grew up along with her sister who is also a gaming YouTuber.

Azzy is a college graduate. She studied chemistry and biology at Wilfrid Laurier University, Waterloo, Canada.

Azzy was in a relationship with YouTuber Jordi van den Bussche aka Kwebbelkop from June 2016 to February 2020. The couple first met at the gaming conference, E3, in Los Angeles, in 2016 through a common friend and began dating soon after. The two were featured in each of their channels and also on their other social media accounts. However, things fell apart between the two, and eventually, they broke up in early 2020.

Growing up, Azzy wanted to become a doctor and that is the reason why she chose science as her major. But she changed her mind as she couldn’t able to face blood and decided to make a career out of YouTube. She launched her YouTube channel in May 2015 while she was also involved in cosplay.

In fact, cosplay helped her gain prominence in the gaming industry for which she had created a YouTube channel to upload her cosplay videos. Over time, she drifted her focus on YouTube and invested her time to grow the channel.

Her channel features a lot of content covering a wide range of topics with a primary focus on gaming, challenges, and pranks. Currently, Azzy’s channel has over 14 million subscribers.

Through YouTube monetization and sponsored content, Azzyland has made quite a fortune for herself in her own right. As of 2023, Azzyland is estimated to be worth around $4 million dollars.

With around 14 million subscribers, Azzy was included in the list of the top 10 most viewed channels globally in 21019, making her the first female gaming YouTuber to be featured in the list.

In addition, she was also named one of the top 100 gaming YouTubers in the world.

Azzy started cosplaying in 2014 just a year before launching her YouTube channel.

Very little is known about Azzy’s life prior to her rise to fame online. She did several odd jobs like working in a movie theater where she cleaned up after movies, salesperson, a research lab attendant, a waitress, a bartender, and also as a project manager for an architectural firm.

Azzy was introduced to gaming by her family members when she was just a child. She played The Legend of Zelda: Ocarina of Time at the age of seven years old.

Azzy is a PADI-certified scuba diver.

She has frequently collaborated with YouTuber Landon Dowlatsngh for her videos.