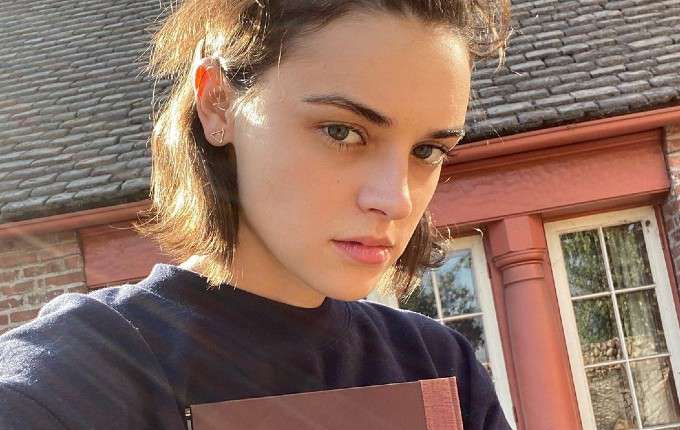 Ava Capri is an American actress and model hailing from Los Angeles, California. She became famous after playing Lucy in Love, Victor, which is based on Becky Albertalli’s acclaimed young adult novel, Simon vs. the Homo Sapiens Agenda. The Los Angeles native is just 27 years old but the actress has already garnered pretty much attention for herself. In the past few years, Ava has already appeared in some of your favorite movies and TV shows including Embattled, Little Rituals, and T@gged. Here’s everything that you need to know about Ava’s early and professional and find out how much is her net worth.

When it comes to her family life and childhood, there is very limited or no information available right now. But, however, as she gets popular, we are pretty sure that things about her parents and education will come to light.

Ava has been romantically linked up with Alexis G. Zall. Other than her girlfriend’s name, not much is known about her. It looks like that she wanted her relationship with Zall to be a private affair.

She started off as a model and over the course of her modeling career, she has modeled for several international brands including GAP Clothing

She began her acting career with the TV series Parks and Recreation, in which she was seen playing the character Evangeline Popular in a 2015 episode of the series.

Three years later in 2018, she made her feature film debut with the movie Write When You Get Work as Maxine Schotz.

Her first major role came in 2018 with the TV series T@ggeed. It was her first notable appearance and she has appeared in a total of three episodes.