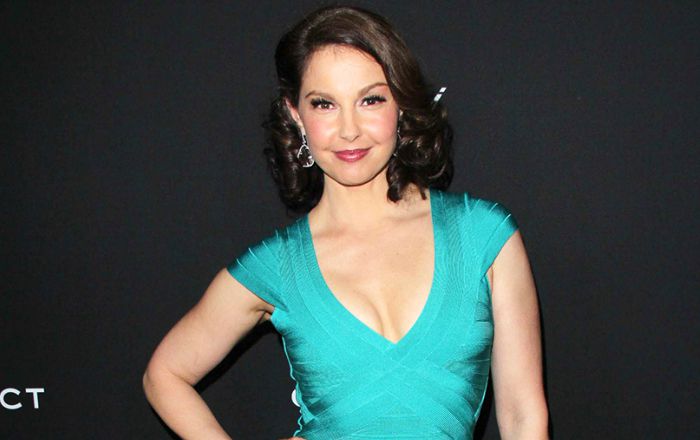 Ashley Judd is an American actress and a humanitarian who has been in the limelight since 1991. She is best known for her roles in movies like Ruby in Paradise, Double Jeopardy, High Crimes, Divergent, The Divergent Series: Insurgent, among others.

She was cast as Rebecca Winstone in the 2012 television series Missing, for which she was nominated for a Primetime Emmy Award. As of 2022, Ashley Judd has a net worth of $22 million.

Ashley Judd was born on the 19th of April 1968, in Los Angeles, California, United States of America. She is currently 51 years old.

Her ancestry is English, long with smaller amounts of Scottish, Irish, German, Welsh, and Swiss-German.

She graduated form University of Kentucky in May 2007, where she majored in French and minored in anthropology, art history, theater, and women’s studies. She also graduated from the UK Honors Program and was nominated to Phi Beta Kappa but did not graduate with her class.

On May 9, 2009, Judd was awarded an Honorary Doctor of Humane Letters from Union College in Barbourville, Kentucky.

In 2010, Judd earned a one-year mid-career master’s degree in public administration from Kennedy School of Government at Harvard University in Cambridge, Massachusetts.

In 2016, Judd was admitted at UC Berkeley for a PhD in Public Policy at the Goldman School of Public Policy. She took a sabbatical leave after six weeks into her program and as of March 2018 she had not returned to the program.

Her onscreen debut came in 1992 with the action – comedy film Kuffs, in  which she had a minor role as Paint store owner’s wife.

Ashley Judd came into prominence for her work as Ruby Lee Gissing in the 1993 film Ruby in Paradise.

In 1991, Ashley Judd landed in an episode of the American science friction TV series
Star Trek: The Next Generation as Ensign Robin Lefler. This was her first role in a television show.

Though she was cast in about half a dozen of TV series, she is acclaimed for her work in the television show Missing as Becca Winstone.

As of 2022, Ashley Judd has a net worth of $22 million dollars. She was one of the highest-paid actresses during her time. She has appeared in a number of films, TV shows and advertisements that add a great deal of value to her net worth. Ashley currently resides in Tennessee.

Her parents named her after a Kentucky town called Ashland, which is an eighth-generation Kentuckian.

While pursuing her acting course at the Sanford Meisner technique of acting in Los Angeles, she worked as a waitress at the trendy ‘Ivy’ restaurant and stayed in a rented house.

She had a brief stint in modeling before becoming an actress.

Judd was offered a main role in Kuffs (1992), but she turned down because she was asked to do nude scenes. To which she responded, “My mother worked too hard for me to take my clothes off in my first movie.”

She is a huge fan of the University of Kentucky Wildcats basketball team and attends most of the matches.

Judd is very proficient in French.

In 1999, People Magazine named her among the “25 Most Intriguing People”.

Her first screen kiss was with Wil Wheaton on Star Trek: The Next Generation (1987).

Judd published her memoir titled All That is Bitter and Sweet in April 2011, which elaborates her journey from childhood and into her adulthood.

Judd took part in the 2017 Women’s March. She performed a poem written by Nashville-area poet Nina Donovan, “Nasty Woman”, to applause from the crowd.

She is an ambassador for YouthAIDS, a prevention program under Population Services International.