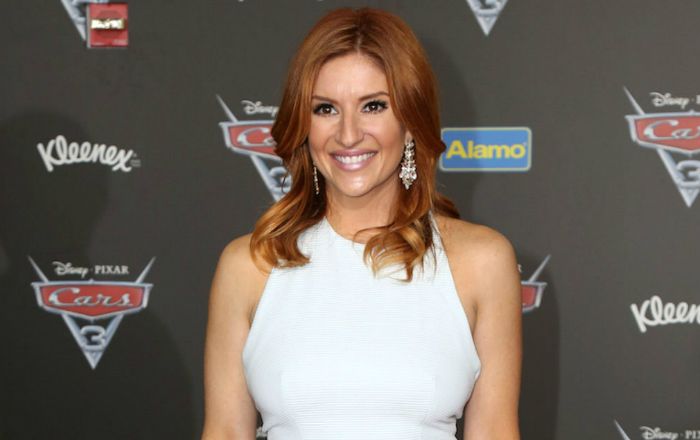 Anneliese van der Pol is a well-acclaimed stage actress and singer who has appeared in nothing short of two dozen theatre productions. Her notable stage performances include Grease, Evita and Vanities, A New Musical. As an actress, she gained fame portraying the role of Chelsea Daniels on That’s So Raven, the role which she reprises on its sequel Raven’s Home from 2017. She has also starred in films like Bratz: The Movie, Vampires Suck, and 5 Weddings.

Anneliese van der Pol is the daughter of Willem van der Pol and Dyan Ross. Her Dutch father is the director of the Physical Plant at California State University in Fullerton, California while her mother is an American from Brooklyn, New York.

Her family moved to California, United States when she was three years old. There she attended Washington Elementary School in Bellflower, California,  and then went to Bellflower Middle School and High School. She graduated from the revered Orange County High School of the Arts in Santa Ana, California in 2001.

There’s nothing much known about her current relationship status, however, Anneliese van der Pol dated actors Orlando Brown, Daniel Samonas, and Sean Marquette in the past.

Anneliese made her screen debut in 2001 starring Chelsea Weber in the musical comedy Divorce: The Musical.

Anneliese had portrayed the role of a singing contestant in an episode of the music game show, Great Pretenders in December 2001.

She has contributed to many soundtrack albums in which she has appeared like Disneymania 2, That’s So Raven, That’s So Raven Too!, Stuck in the Suburbs, and Pride the Movie – Single

Anneliese van der Pol landed her breakthrough role in 2003 when she was cast as Chelsea Daniels in an American supernatural sitcom, That’s So Raven. She played Raven’s female best friend in a total of 97 episodes from 2003 until 2007. For per performance, she won the Young Artist Award for Outstanding Young Ensemble Performers in a TV Series. She reprised the role in its sequel Raven’s Home, which premiered on July 21, 2017.

As of 2023, Anneliese van der Pol has accrued a net worth of $1 million dollars.

Her family moved to the United States when she was two years old. Her mother named her after the German-born diarist Anne Frank after visiting the house where Frank hid.

She started off her professional acting career in musical theater and has appeared in several Broadway musicals and stage productions.

In 1999, at the age of 15, Van der Pol played the role of Eva Perón in the Buena Park Civic Theatre production of Evita. With her performance, she became the youngest actress in history to play a role in a professional production.

Her theater credits include The Sleeping Beauty Ballet, The Sound of Music, The Will Rogers Follies, Fiddler on the Roof, Grease, Evita, Oklahoma!, The Nutcracker, Beauty and the Beast, among others.

Van der Pol won the Bobbi Award for “Best Actress in a Musical” for her role as Sandy Dumbrowsky in the Huntington Beach Playhouse revival of Grease in 1999.

In 2002, she turned down the lead role in the animated series Kim Possible which later went to Christy Carlson Romano.

In 2006, she was arrested for driving under the influence of alcohol. She had to come through probation and treatment.

Anneliese appeared on the covers of magazines like Disney Adventures (US) and Playbill (US).

Van der Pol played the role of Belle in the Broadway musical, Beauty and the Beast.