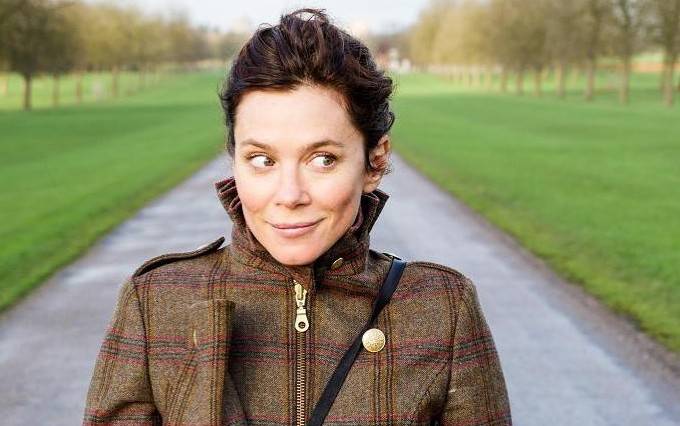 English actress Anna Friel is one of the most successful actors in the history of the entertainment industry. Since her inception into the show business, Anna has starred in a ton of movies and TV shows. Of which, her work in the ABC series Pushing Daisies as Charlotte “Chuck” Charles made her a prominent face in the entertainment industry, leading to various other major roles in both television and films.

She started acting at the age of 13, landing her first major acting role in the British soap opera Brookside in 1993, a role that helped her establish herself as a star in the world of acting. She quickly rose up to the ranks and has been featured in a number of projects, including Timeline, Marcella, Land of the Los, Bathory, The Cleanse, and Books of Blood. Besides all this, she has starred in several stage productions like Closer, Breakfast at Tiffany’s, and Uncle Vanya. Here’s everything you need to know about British actress Anna Friel, read on to learn more about her start in the business and what she’s up to today.

She’s of English and Irish descent.

Anna Friel is the only daughter and second child to Desmond “Des” Friel and his wife Julie Friel. Her father owns a web design company, and prior to that, he worked as a teacher. Her mother was a special needs teacher. She grew up with his brother, Michael, a doctor and a former actor.

She studied at Crompton House Church of England High School and later went to the Holy Cross College. She got her acting training from Oldham Theatre Workshop.

Anna has had a fair share of affairs throughout her career. Despite not being successful in relationships, she does not have much to complain about her personal life. She dated actor David Thewlis between 2001 and 2010. During the course of this relationship, she gave birth to her daughter, Gracie Ellen Mary Friel, on July 9, 2005. After being together for more than 10 years, the couple parted ways in the year 2010, leaving her fans in dismay.

Prior to starting a relationship with David and post her breakup with him, Anna has dated a handful of men, including Joaquín Phoenix, Chris Evans, Christian Bale, Lee Pace, and Joseph Cross. In 2011, Anna began a relationship with Welsh actor and musician Rhys Ifans and after dating for over three years, they broke up in 2014.

In 1991, at the age of 13, Anna Friel launched her acting career with the television miniseries G.B.H., in which she played Susan Nelson, the daughter of Michael Palin’s character. Two years later, she got her major breakthrough when she starred as Beth Jordache in the Channel 4 soap opera Brookside that aired from 1993 to 1995.

The success of the series led to new acting opportunities that include her appearances in Our Mutual Friend, Our Mutual Friend, and The Jury before she was cast as Charlotte “Chuck” Charles in the ABC drama series Pushing Daisies. The show went on to become a huge hit among the network’s viewers, for which she received a lot of appreciation and acclaim, setting her foot in the entertainment industry.

Having successfully made the transition from television to the big screen, Anna has shown the world that she’s passionate, dedicated, and can go to any level to make her dreams come true. Anna has already proved to be a successful actor. All of her acting gigs have helped her earn a net worth of $10 million dollars.

In addition to her work as an actress, Anna has featured in advertising campaigns for brands such as Reebok, Virgin Atlantic, Mulberry, Three, Pantene, and Marks & Spencer. She has as well appeared as a cover girl for numerous magazines.

She quit her studies when she got an opportunity to act in the British soap Brookside.

Anna made her British stage debut in 2001 when she scored a role in the off-West End London production of “Lulu” by Frank Wedekind.

In 2008, she was placed at #21 in Wizard magazine’s Sexiest Women on TV list as well as featured in People Magazine’s 100 Most Beautiful People in the world.

Anna is the recipient of an honorary degree from the University of Bolton.

She had most recently appeared in the TV series Monarch, playing the role of Nicolette “Nicky” Roman.