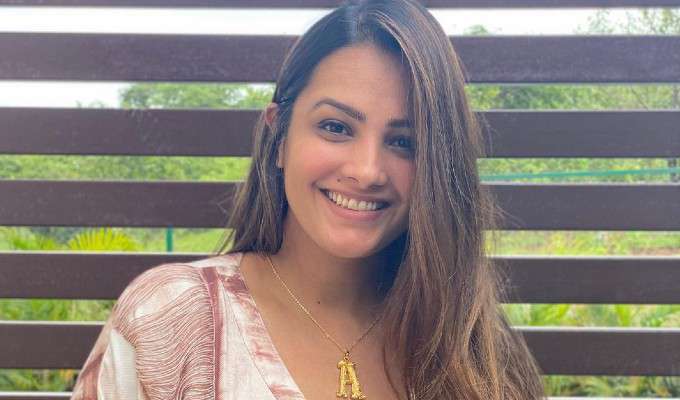 Anita Hassanandani is a star on her own. She has made a name for herself in the entertainment industry. Anita first caught the attention in the early 2000s for acting in various films and television serials. Over time, she has become “one to watch” in the entertainment industry, captivating audiences with the characters she has brought to life on both the big and small screens.

The budding actress has worked on numerous films and TV shows. Some of her most acclaimed works are Kkavyanjali, Yeh Hai Mohabbatein, and Naagin, among others. In addition, Anita has also been a part of various reality shows like Fear Factor: Khatron Ke Khiladi, Jhalak Dikhhla Jaa, and Nach Baliye. The actress has recently announced that she’s quitting acting to take care of her newborn son.

Anita was born into a Sindhi family to a businessman father and his wife Kavita Hassanandani. She has one older sister, with whom she spent her entire early life.

Anita Hassanandani and corporate professional Rohit Reddy tied the knots on 14 October 2013 in a private affair held in Goa. The couple welcomed their first child, a boy, Aaravv Reddy, on 9 February 2021.

Anita has achieved huge fame through her work as an actor and is most widely recognized for her portrayals of Anjali in Kkavyanjali, Shagun Arora in Yeh Hai Mohabbatein, and Vishakha Khanna in Naagin. Additionally, she is also famous for her work in other TV shows like Fear Factor: Khatron Ke Khiladi, Jhalak Dikhhla Jaa, and Nach Baliye.

Even though her net worth is not known at the moment, Anita is one of the most accomplished actresses in the Indian telly space. Some media outlets have reported she’s worth $4 million.

In June 2021, she made a shocking announcement revealing that she quits acting as she wanted to take care of her son and embrace motherhood. She said that she took the decision a long back to bid adieu acting career whenever she’ll have a child. And the moment has finally arrived.

She has featured in several music videos, including Teri Yaad by Rahat Fateh Ali Khan and Peerh Meri by Pearl V Puri.

In 2018, she appeared in the ALT Balaji-produced web series Galti Se Mis-Tech, in which she played the role of Dhara Sehgal.

She won the Best Actress in Supporting Role (Popular) at the 2019 Indian Telly Awards for her work in the popular serial Naagin 3.