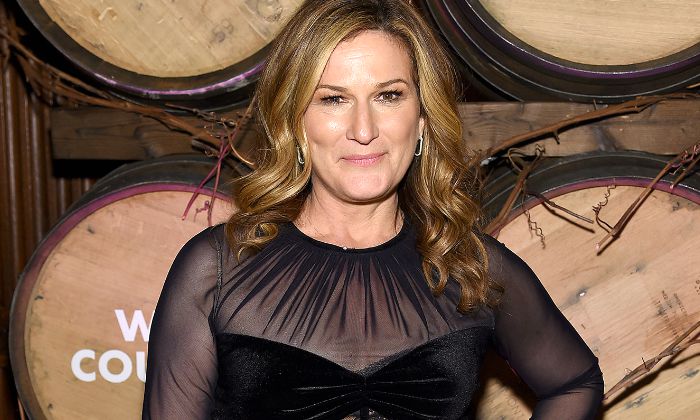 Ana Gasteyer is a multi-talented personality from Washington, D.C., who first captured the attention as a part of the late-night TV show, Saturday Night Live. Her flair for irony and character-driven comedy has entertained the audience for six seasons, and in fact, she is a complete package, who can get people laugh by telling saucy stories with humor, sing songs, celebrity impressions, and obviously, she is good at timings. Ana has created several characters of which the high school music teacher Bobbie Mohan-Culp and National Public Radio Delicious Dish host Margaret Jo McCullen, among others, were the most popular characters.

Aside from her career as a singer and comedian, Ana is also passionate about acting and has appeared in a number of television shows and films. Her acting credits include her starring roles in ABC’s Suburgatory, Netflix’s Lady Dynamite, and TBS’s People of Earth. She has released “I’m Hip”, an album of jazz standards in 2014, and the holiday album “Sugar & Booze” in 2019. As of 2022, Ana Gasteyer has a net worth of $2 million.

Ana Gasteyer was born on the 4th of May 1967, in Washington, D.C., United States of America. She is currently 54 years old.

Ana Gasteyer is the only daughter of Mariana Roumell-Gasteyer, an artist, and Phil Gasteyer, a lobbyist who became the mayor of Corrales, New Mexico. She is of German and English descent on her father’s side while her mother has Greek and Romanian ancestry.

Gasteyer attended and graduated from Sidwell Friends School and later joined the Northwestern University School of Communication. She graduated from university with a B.Sc. degree in speech, theater, and performance studies in 1989. During her college years, she was a member of the Los Angeles improv-sketch comedy group, The Groundlings.

Ana Gasteyer married her husband Charlie McKittrick on November 9, 1996. The couple has two children together, a daughter, Frances Mary McKittrick (born in June 2002) and a son, Ulysses McKittrick, (born in March 2008).

Ana’s first acting role was in a short film called A Small Domain, in which she played the role of a mother in 1996. That year, the film won several awards including the Short Filmmaking Award at the Sundance Film Festival, the Special Jury Award at the USA Film Festival and Special Recognition at Aspen Shortsfest.

Two years later in 1998, Ana made her feature film debut as Mel in the comedy film, Meet the Deedles, directed by Steve Boyum.

In 1995, Ana had guest-starred in an episode of the American sitcom Seinfeld.

Ana joined the cast of the most popular late-night talk show, Saturday Night Live in 1996 and co-hosted the show for six seasons. She eventually became the first woman in SNL history to be a cast member with a pregnant child. After her successful stint, she finally quit after giving birth in 2002.

Ana released her debut album I’M HIP in 2014 and followed it up with Sugar & Booze in October 2019. Both albums are available on iTunes and other streaming platforms.

In 2000, Ana Gasteyer starred in the revival of The Rocky Horror Picture Show, which eventually marked her Broadway debut.

Her other notable Broadway performances include Wicked, The Royal Family and The Threepenny Opera; Eve Ensler’s The Vagina Monologues, and Manhattan Theatre Club’s Kimberly Akimbo.

Ana Gasteyer gained immense popularity for her role in the Saturday night Live. Her love of her career combined with her humor sense helped her to create some of the most famous SNL characters including middle school music teacher Bobbie Moughan-Culp, NPR radio host Margaret Jo, Lilith Fair poetess Cinder Calhoun. She is also loved by audiences for her spot-on impressions of Martha Stewart, Celine Dion, and Hillary Rodham Clinton.

Through her career accomplishments, Ana Gasteyer has earned a net worth of $2 million.

She had a brief stint with the Los Angeles improv group the Groundlings.

Before fame, Ana worked as an office temp, a switchboard operator, and a hostess.

She is a violinist and trained singer.

Ana Gasteyer was nominated for a 2005 Joseph Jefferson Award for Actress in a Principal Role in a Musical for her role in the Broadway production of Wicked that played at the Chicago Theatre in Chicago, Illinois.

She was a series regular as Sheila Shay on ABC sitcom Suburgatory from 2011 to 2014 and had a recurring role as Miss (Susan) Cinomanon on The Goldbergs from 2015 to 2019.

Ana voiced the character Reirei on the animated TV series The Lion Guard from 2016 to 2019.

In 2019, Ana Gasteyer performed as The Tree on the U.S. second season of The Masked Singer.

She appears as herself in the web-series Going There with Ana Gasteyer since 2015.