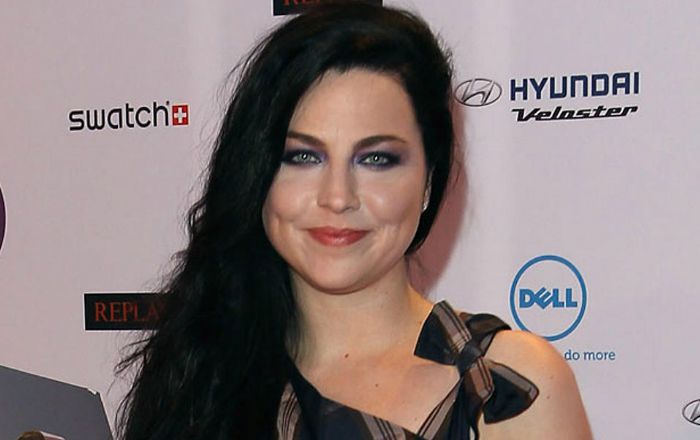 Amy Lee is an American singer and songwriter best known as the lead vocalist of the rock band Evanescence. She provided vocals on Seether’s hit single “Broken”, which reached number twenty on Billboard Hot 100. Her soundtrack album titled ‘Aftermath’, released in 2014 reached number 47 on Billboard 200. Her musical style has been largely influenced by Mozart and modern artists such as Bjork, Plumb, and Tony Amos. She has worked with artists like Korn, Seether, and David Hodges and has scored the soundtrack for films War Story (2014), Indigo Grey: The Passage (2015), and Voice from the Stone (2017).

Amy Lee graduated from Pulaski Academy, a private school in Little Rock, in 2000.

After which, she was admitted to a music theory course at the Middle Tennessee State University, but dropped out in the middle to focus on her music career.

Amy Lee married her long-time friend Josh Hartzler, who is a therapist, on May 6, 2007. The couple welcomed their first child, Jack Lion Hartzler, on July 24, 2014.

Lee was previously in a relationship with the lead singer Shaun Morgan from the band Seether from 2003 to 2005.

She has dyed her hair black.

Her rock band Evanescence released their first album, ‘Fallen’, on March 4, 2003. The album was successful and reached no. 3 on the US Billboard 200 and also topped the music charts in several countries like Australia, Canada, Germany, and the United Kingdom. It sold more than 17 million copies worldwide as well as received many Platinum and Gold certifications.

In 2003, Amy guest appeared with her band Evanescence in an episode of the music documentary Real Magic TV as herself.

Being the lead vocalist of her rock band Evanescence.

She is best known for albums, ‘Fallen’ and ‘The Open Door’, which were released by her band.

She learned classical piano for over nine years at a young age.

Lee has a recognizable fashion style, marked by her occasional use of gothic make-up and taste for Victorian-styled clothing.

In 2006, Blender listed Lee as one of the hottest women in rock alongside such singers as Joan Jett, Courtney Love, and Liz Phair.

She was voted The Rock Goddess of the Year at the 2012 Loudwire Music Awards. That same year, she also won the Revolver Golden Gods Award for the Best Vocalist.

Lee revealed that the song ‘Hello’ from the album ‘Fallen’ was a tribute to her sister who died of an unidentified disease when she was only three. She is emotionally connected to the track and she never performs it at live concerts.

In 2017, Amy Lee won the Parents’ Choice Award for Silver Honor in Music for the album “Dream Too Much” and Hollywood Music in Media Awards for her work “Speak To Me”.