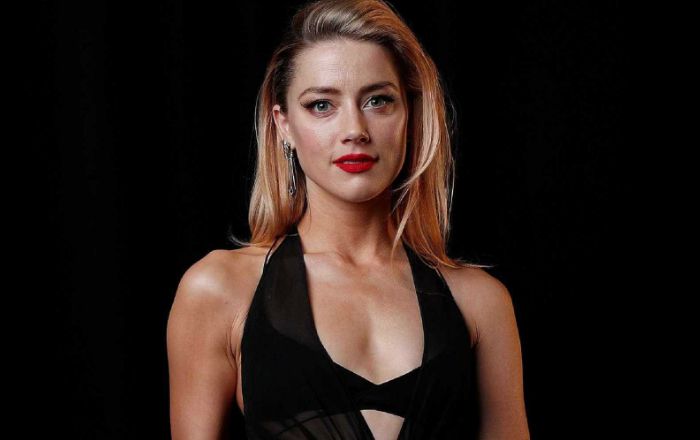 Amber Heard is an American actress best known for her appearance in films such as ‘The Informers’, ‘The Stepfather’, ‘Zombieland’, and ‘The Joneses’. She won a Spotlight Award at the Hollywood Film Festival for her role as Chenault in ‘The Rum Diary’. She was cast as Mera in the superhero film Justice League, a role she would reprise in the 2018 film Aquaman.

Amber Heard was born on the 22nd of April 1986, in Austin, Texas, United States of America. She’s currently 36 years old.

Amber Heard attended St. Michael’s Catholic Academy in Austin. She dropped out of high school to make a career in acting. She earned a diploma degree through home-schooling.

She’s an Atheist. Despite having been raised Catholic, She declared herself an atheist after her best friend died in a car accident when she was 16 years old.

Amber Heard began dating actor Johnny Depp in 2011 and became engaged in 2013. The couple married on February 3, 2015, at their home in Los Angeles. Heard filed for divorce from Depp on May 23, 2016, stating Depp was “verbally and physically abusive” throughout their relationship. Their divorce was finalized in January 2017. She received $7 million as a settlement, of which the majority of the money was donated to Children’s Hospital Los Angeles.

Amber has been romantically linked to many men throughout her life. In 2006 she began dating Mexican actor Valentino Lanus, and their relationship had only lasted for a year ending in 2007. She then dated American actor and director, Crispin Glover, who was 22 years her senior, for over a year before breaking up in 2008.

That same year, she began dating photographer, Tasya van Ree. She came out publicly at the GLAAD’s 25th-anniversary event in December 2010, revealing that “She is beautiful. I mean, you’d have to be crazy not to want to go out with her!” They split in 2012.

She was briefly in a relationship with Italian-American singer-songwriter Francesca Gregorini in 2011. After her split from Depp in 2016, she began dating business magnate, Elon Musk, for almost a year before they split in August 2017.

She dated art curator and contemporary art dealer, Vito Schnabel from 2018 to 2019.

She was in a relationship with cinematographer Bianca Butti from January 2020 to December 2021. In April 2021, Heard had her first child via a surrogate mother.

Heard’s leap to success happened with the stoner comedy, ‘Pineapple Express’ and the martial arts drama ‘Never Back Down’. She had supporting roles in both films and won a Breakthrough Award at Hollywood Film Festival.

Heard first appeared in the 2004 American TV show, ‘Jack & Bobby’, in which she played Liz in its first episode.

Her work in the films Pineapple Express’ and  ‘Never Back Down’ earned her huge acclaim,  both of which were box office successes.

She landed a significant role in the 2011 American comedy-drama film, ‘The Rum Diary’, an adaptation of the novel by Hunter S Thompson. She played Johnny Depp’s love interest, and her performance was highly lauded by critics. She won a Spotlight Award at the Hollywood Film Festival.

Her other notable film appearances include The Informers, The Stepfather, Zombieland, The Joneses, The Ward, Drive Angry, 3 Days to Kill, Magic Mike XXL, The Danish Girl, and Justice League.

Heard was named one of the most beautiful rising stars by Jane Magazine, shared with Kellan Rhude.

Amber Heard is a certified lifeguard.

Heard has a golden teacup Yorkie dog named Pistol, who was featured alongside Heard for Teen Vogue’s Young Hollywood issue in October 2009.

She has appeared in two music videos, Kenny Chesney’s “There Goes My Life” and Eisley’s “I Wasn’t Prepared.”

In early 2019, Depp sued Heard for defamation over a December 2018 dated op-ed on sexual violence for The Washington Post. Heard counter-sued Depp in August 2020 with the trial starting on April 11, 2022, in Fairfax County, Virginia. The jury unanimously ruled in favor of Johnny Depp, that Amber Heard calling him a sexual abuser was defamation.