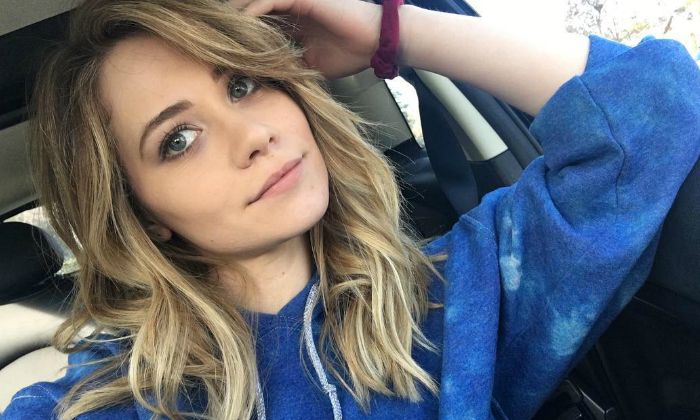 Amanda Leighton is an American actress and voice artist who is probably known for her voice role as Blossom in the smashing hit animated series ‘The Powerpuff Girls’. She has also provided her voice in animated series like ‘Trolls: The Beat Goes On!’ and ‘Amphibia’.

In addition to her voice acting roles, she also had recurring roles in television series including ‘Make It or Break It,’ ‘The Fosters,’ and ‘This Is Us’. Aside from playing lead roles, she also did episode roles in popular television shows like ‘The Young and the Restless,’ ‘90210,’ ‘Grey’s Anatomy,’ ‘Pretty Little Liars’.

Amanda Leighton was born on the 7th of June 1993, in Fresno, California, United States of America. She is currently 28 years old.

Amanda Leighton hasn’t revealed much about her personal life to the media. Information regarding her family, education, and early life are kept hidden from the public eyes. For education, she attended Clovis West High School in her hometown.

Amanda has been dating her boyfriend Sage Monroe Northcutt for several years now. He is a professional mixed martial artist. The couple tied the knots on December 5, 2020.

She was in a relationship with actor Evan Crooks in the past.

Amanda made her screen debut as Young Alex in the 2012 romance-comedy film ‘Divorce Invitation’.

She has only appeared in a couple of movies throughout her career as an actor, however, the gorgeous blonde has a blistering success rate in television.

Amanda earned her first acting credits at the age of 12 as the Singing Cactus Kid in an episode of the drama series ‘Six Feet Under’ in 2005. It was a small-time role and took a hiatus from acting for five years.

In 2010, she returned to acting with a role on CBS’s police procedural crime drama series ‘Criminal Minds’ in an episode titled “Risky Business”.

Amanda got her start as a voice actress when she landed the role of Blossom in the Cartoon Network animated series ‘The Powerpuff Girls’ in 2016.

Amanda is well-recognized for her acting role as Emma Kurtzman in the family drama series ‘The Fosters’, a role that earned a lot of appreciation and accolades.

Furthermore, she has acted in a number of hit television series such as ‘90210,’ ‘The Young and the Restless,’ ;This Is Us’ and many others.

She became obsessed with acting at a very young age and began appearing in stage plays in her hometown.

She hired her first agent at age 12, took acting classes, and started going to auditions in Los Angeles, California.

Amanda is also an accomplished dancer with over 11 years of experience. She showcased her dancing skills in ABC Family’s Make It or Break It, playing the role of a gymnast named Wendy Capshaw.

Apart from acting, she also proved her mettle as a voice actress with voice roles in The Powerpuff Girls, Trolls: The Beat Goes On! and Amphibia.

From 2020, she’s providing the voice to character Poppy in the TV show Trolls: TrollsTopia.