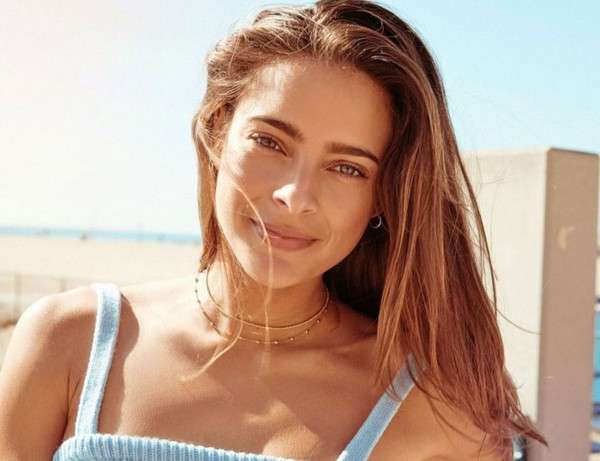 Ally Courtnall is an athlete-turned model from Los Angeles, California, probably best known for being named one of the Sports Illustrated Swimsuit models for the year 2021. She has garnered pretty much attention for herself even before embarking on a modeling career. She is best known as a soccer player as well as a track and field athlete. The gorgeous and talented showed an early interest in sports and was a three-time Oaks Christian Athlete of the Year. Courtnall has played two sports at UCLA – track and field, and soccer and led the women’s soccer team to its first-ever national championship.

She left behind sports for good and is now represented by Elite Model Management and fitness modeling agency Sports and Lifestyle Unlimited. She has worked with brands such as Adidas, H&M, and Asics. She has been in a long-time relationship with boyfriend Eric Kendricks of the Vikings.

Ally Courtnall was born on 26 June 1993, in Westlake Village, a city in Los Angeles County, California, United States. She is 28 years old and her zodiac sign is Cancer. Check out to find which celebrities share their birthday with Courtnall.

Having grown up in a household of athletes, it comes as no surprise to learn as to why she chose sports over other professions. In an interview, the former soccer player had admitted that she was surrounded by competitive people all the time and spent her entire childhood going to hockey games that would have triggered her interest in sports.

She is the daughter of Russ Courtnall and Paris Vaughan and has two siblings, a brother, Lawton, and a sister, Brooklyn. Her father, Russ Courtnall, was a former ice hockey player who played in the NHL for 16 years from 1983 to 1999. Over the course of his NHL career, he played for various teams, including Toronto Maple Leafs, Montreal Canadiens, New York Rangers, and Los Angeles Kings. Her mother was a former dancer/actress and now works as an interior designer.

Her uncle, Geoff Courtnall, was also a former ice hockey player who played in the National Hockey League (NHL) for 17 years from 1983 to 2000.

Ally Courtnall has been dating her boyfriend Eric Kendricks for several years now. They came out with their romance in 2013 and have since moved in together to Los Angeles, California, and are living together.

While at UCLA, she played defensive and was awarded defensive MVP of the entire tournament. Once out of college, she embarked on a modeling career and earned representations from Elite Model Management and fitness modeling agency Sports and Lifestyle Unlimited.

Over the course of her modeling career, Courtnall has appeared in campaigns for Adidas, H&M, Lululemon, Nike, Athleta, and Asics. Thanks to Ally’s years-long athletic career that helped maintain a toned figure. She often posts sexy snapshots and bikini photos on her social media, revealing her distinctive hourglass body shape. It makes sense as to why fans are curious to know about the body measurements of this young model.

In 2021, she was named one of the finalists for the Sports Illustrated Swimsuit model search and her chances of getting featured in the coveted magazine are high. It was her lifelong dream to be in Sports Illustrated and with this, her dream has been fulfilled.

She won a gold medal at the 2010 CONCACAF Women’s Under-17 Championship in Alajuela, Costa Rica.

Courtnall is an advocate for mental and physical health.

She is represented by an LA-based talent agency called Tricia Brink Management.