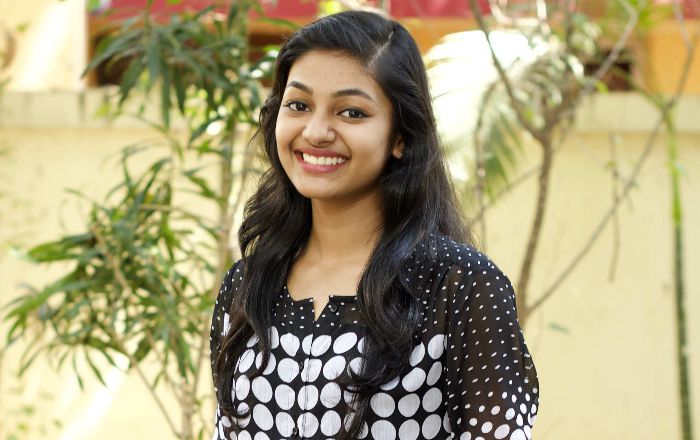 Ivana is a South Indian actress who came into the limelight after her stellar performance in her Tamil debut Naachiyaa. She made everyone’s head turn with her cute and lovely expressions, and, in fact, the naturally talented actress is the latest heartthrob of her generation. She has already done a few movies in Malayalam.

Unfortunately, there’s not much known about her immediate family and her childhood, except that she has a brother named Leo Shaji.

The name of her high school remains unknown, as well as whether she matriculated or enrolled at college.

Regrettably, we do not have information about her love life or past relationships at this time.

Ivana made her big-screen acting debut as a child artist in the 2010 Malayalam film Masters.

Her first credited role was in the film Anuraga Karikkin Vellam for her role as Anu Raghu. The film was released in 2016.

She had her first starring role in Tamil with Bala’s drama flick Naachiyar, starring Jyothika and G. V. Prakash Kumar. She received praise for her performance as Arasi in the film that eventually led to other major acting gigs.

Unfortunately, we do not have any information about Ivana’s salary and net worth right now.

Hailing from a family that has no relation to cinema, Ivana had never thought of becoming an actress, and in fact, she describes her entry into cinema as an accident.

She aspired to become a Chartered Accountant but destiny had other ideas.

Her original name is Aleena Shaji, and it was Bala who suggested changing her name to Ivana so that she would be easily remembered by fans.

Director Bala offered her a role in the film after he saw her photos from her last film, Anuraga Karikkin Vellam, in a magazine. Subsequently, Bala called her for an audition of the role and finally selected her for that role.

Naachiyaar was her straight Tamil film and in order to cope with the language, she took Tamil lessons for a couple of weeks.

In a recent interview with a magazine, she said that she will sign films only if her role has importance, and of course, a big “no” for glamour roles.