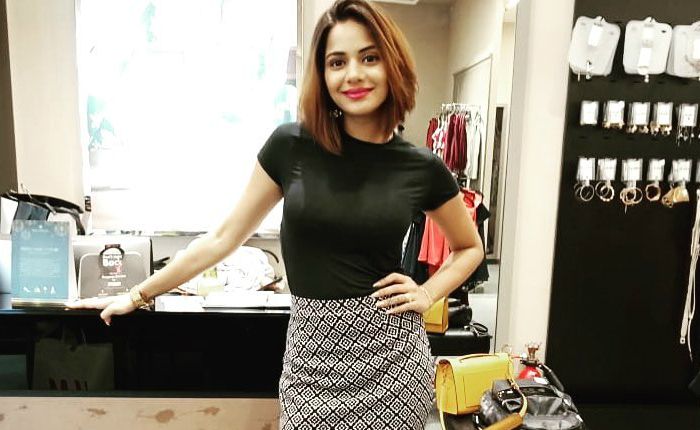 Aishwarya Dutta is an Indian actress best known for her lead role as Harini in the Tamil anthology thriller film ‘Tamizhuku En Ondrai Azhuthavum.’ Her notable films include  Aarathu Sinam and Paayum Puli. She appeared as a contestant on Season 2 of Bigg Boss Tamil, where she finished as the season’s runner-up.

She likes to keep her personal life, including details about her family, education, and early life away from the public limelight.

Aishwarya Dutta made her on-screen debut with Ramprakash Rayappa’s ‘Tamizhuku En Ondrai Azhuthavum’ in 2015 alongside Nakul, Dinesh, and Bindu Madhavi.

In 2018, Dutta made her first television appearance as a contestant on the reality show, ‘Bigg Boss Tamil season 2.’

Her appearance as a contestant on the reality show, ‘Bigg Boss Tamil season 2.’

Having appeared in about half a dozen of films, she has earned some handsome money over the years. She currently resides in Chennai.

Prior to acting, she worked as a dancer with the Nrithyangan Sisters troupe, appearing in several stage performances and reality shows

In 2009, she was cast as Sameera in a Bengali short film ‘Bouma,’ which marked her debut in acting space.

She managed to win the hearts of the Tamil audience with her performance in the film Tamizhuku En Ondrai Azhuthavum.

In 2016, she was seen in Arivazhagan’s mystery film Aarathu Sinam alongside Arulnithi and Aishwarya Rajesh.

In 2018, she appeared as a contestant in the Tamil reality show Bigg Boss Tamil 2, hosted by actor-turned-politician Kamal Haasan.

Dutta appeared as a guest in one of the episodes of the ZEE5 web series Madras Meter Show.

She was the finalist in the 2021 season of BB Jodigal, a reality dance show that airs on Star Vijay.