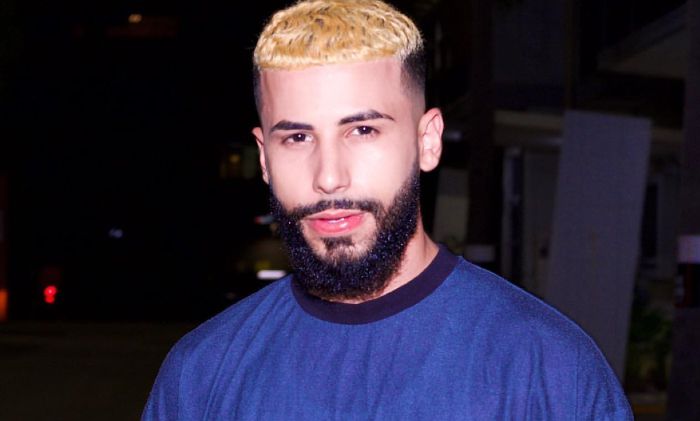 Hailing from Brooklyn, New York, Adam Saleh is a YouTuber, model, vlogger, and singer of Yemeni descent. He is perhaps known best for his prank videos and his YouTube and vlog channel have a combined fanbase of 7.5 million subscribers.

He has made a career for himself by turning out his passion and love in bringing happiness to other’s life. In addition to being a successful YouTuber, Saleh is also an aspiring singer and released his debut album, Chapter II, in October 2017. He also has featured on The Ellen Show in 2012.

Adam Saleh was raised along with his siblings in Brooklyn, New York by his Yemeni parents. While details about his parents including their profession are unknown, they came to the U.S. and settled down in Brooklyn long years ago.

Saleh attended and graduated from Central Park East High School in Manhattan. After graduation from high school, he joined the prestigious John Jay College of Criminal Justice to study law with an intention to become a lawyer.

The Brooklyn native hasn’t revealed anything about his dating life to the media. Based on his social life, he might be single. Also, there are no records of any of his past relationships. He may or may not be in a relationship, but we can certainly say that he doesn’t just want to catch up.

Adam Saleh has been a vlogger since 2012 when she launched a YouTube channel titled TrueStoryASA with his high school friends. He and his friends went in to create another channel called 3MH. Not long after that, the friends split up and he took control over the channels and renamed them as Adam Saleh and Adam Saleh Vlogs.

He has since uploading a lot of videos on both of his channels, garnering more than a whopping 7.5 million subscribers. Some of his most viewed videos include “FERRARI PICK UP PRANK!”, “PRAYING IN PUBLIC!”, “RACIAL PROFILING EXPERIMENT!” and “PULLING HIJAB OFF EXPERIMENT!”.

Adam released his first single titled “Tears,” featuring Zack Knight. on August 16, 2015. This song was a tribute to his cousin.

His debut studio album, Chapter II, arrived in September 2017, featuring songs such as “Waynak,” featuring Faydee, “Tsunami”, “All About Love”, “The Motto,” featuring Kennyon Brown and “All You Can Handle,” featuring Demarco.

Adam Saleh appeared on The Ellen Show in 2012.

Saleh made his film debut as “Jihad” in the comedy-drama action film, American Sharia in 2015.

Saleh has already enjoyed an extraordinary amount of success at a young age. His channels are followed by mostly Muslim people all over the world. The popularity of the blog speaks to Saleh’s ability to connect with his many fans throughout the world. As of 2022, Adam Saleh’s worth is estimated at $1 million dollars.

In 2014, he uploaded a video titled “Racial Profiling Experiment'” to his channel. The video garnered tens of thousands of views after it was picked up by media as it was discriminate in nature. In the video, two men wearing western outfits were fighting with each other in front of a police officer, who ignored them. A while later, the two were again fighting with each other but this time in Muslim outfits and the policemen interferes. The video attracted backlash from people, but he later revealed that the video was staged and apologized for it.

In December 2016, Saleh claimed that he was kicked off a Delta Air Lines flight at Heathrow Airport for speaking Arabic. However, his claim was later proved false when other passengers reacted to his videos saying he was disturbing other passengers that forced the airline to remove him from the flight.

In one of his videos, Saleh claimed that he had flown hiding inside the suitcase from Melbourne to Sydney. However, Melbourne Airport security footage proved the incident was a hoax after they produced a video showing Saleh boarding the plane with the airline noting that a bag of his weight would not be loaded on the plane without investigation nor would a passenger in the plane’s unheated cargo hold emerge sweating.

He was an amateur wrestler; Saleh started amateur wrestling when he was just 11 years old and had a record of 13-0 win before his fighting license was canceled after his video of street fighting gone viral on Worldstar.

Saleh and fellow YouTuber Slim Albaher have been hosting the podcast called “Socially Profiled,” since March 2020.

He launched his YouTube channel at the age of 18 years old.

He has also been banned from the Apple stores in the United States and the United Kingdom for pulling pranks on people.