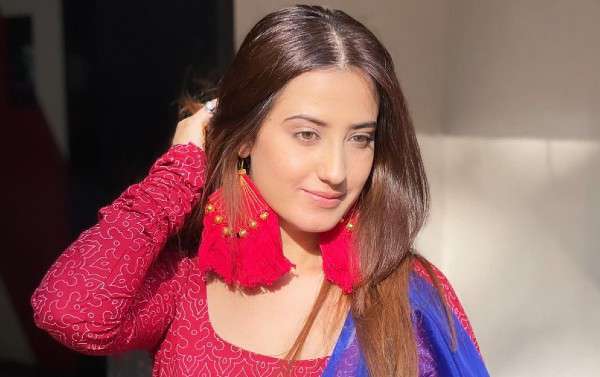 Aalisha Panwar is a well-known Indian television actress. She reached prominence for her role as Aarohi Raichand on the Colors TV soap opera, Ishq Mein Marjawan. She can also be seen playing Madhuri Shirke in the drama series Meri Gudiya that aired on Star Bharat between 2019 and 2020.

In addition, she has made guest appearances in many television shows, including the likes of Tu Aashiqui, Udaan Sapnon Ki, and Bigg Boss 12. In 2021, she starred in the short film called Blind Love opposite Shagun. Here’s everything you need to know about this gorgeous actress.

She is currently 25 years old.

Aalisha attended Loreto Convent, located in Tara Hall, Shimla. She then went to St. Bede’s College, Shimla, from which she earned her Bachelor’s degree in Commerce.

Having starred in the popular Indian soap opera Ishq Mein Marjawan, which aired on Colors TV from 20017 to 2019. She was cast in the dual role of Aarohi Kashyap and Tara Raichand alongside actors Nia Sharma, Arjun Bijlani and Shoaib Ibrahim.

Starring in the lead role of Madhuri Shirke in the fantasy drama series Meri Gudiya that had its run from 2019 to 2020.

Aalisha is quite active on social media, especially on Instagram, where she has over 1.3 million followers. She uses the space to connect with her fans in addition to promoting her upcoming projects. Her Instagram features pictures from shoots, travel and everyday life.

Her career took off after she won The Shimla Queen contest in 2012.

That same year, she landed a minor role in the film Akkad Bakkad Bambe Bo.

She got her break in television in 2015 when she landed the role of Najma in the TV series Begusarai.

From there, she has appeared in various TV series, including Jamai Raja, Rishton Ka Saudagar – Baazigar, Laal Ishq and Savdhaan India.

In 2018, she was nominated for Gold Awards in “Best Actor In A Lead Role Female (Negative)” category for her performance in the TV series Ishq Mein Marjawan.

In 2021, she played a lead role in the short film called Blind Love opposite Shagun