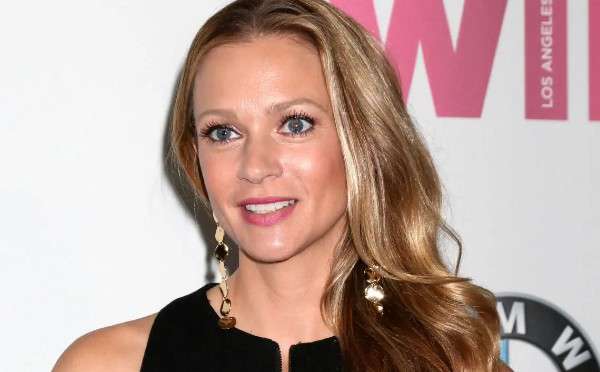 A.J. Cook is one of the finest Canadian actresses that we have got in Hollywood. She shot to fame after landing the role of Special Agent Jennifer “JJ” Jareau on the television series Criminal Minds. She joined the CBS crime drama during its inaugural season and has been playing her part ever since.

For her education, she studied at Anderson Collegiate Vocational Institute in Whitby, Ontario. Following her high school graduation, she enrolled at the Utah Valley State College, which is now called Utah Valley University. She honed her acting skills at the university.

She resides with her family in Los Angeles, California, United States of Amaerica.

Cook met her husband Nathan Andersen at the Utah Valley University while she was studding acting. He was also enrolled in the acting program there.

Shortly after getting into a relationship with Nathan, she moved to Salt Lake City to live with him. The couple tied the knots on August 3, 2001, which was relatively a small wedding affair. they have two children together, sons Mekhai (b. 2008) and Phoenix Sky (b. July 2015). Both her sons have acted together with Cook in Criminal Minds.

Even though she began her acting career at a young age, she came into public attention only after taking on the role of Jennifer “J.J.” Jareau in the CBS drama Criminal Minds. She played as a series regular until season six and the showrunners decided to drop her from the series due to budget constraints. But after they received thousands of letters and petitions from fans asking them to retain her on the show, they ultimately changed their minds and she continues to be a part of the show to date.

A. J. Cook Net Worth

With a doubt, she has made her way to the hearts of millions of fans across the world. She is a household name in the United States. The renowned Celebrity Net Worth has estimated Cook’s net worth to be around $5 million, as of 2023.

She was a competitive dancer before she got into acting. Starting from four years, she has been into competitive dancing and at 16, she shifted her focus towards acting.

She first appeared in a McDonald’s commercial in 1997.

Cook’s first acting role was in a 1997 TV movie In His Father’s Shoes in which she played a character named Lisa.

Cook served as the Grand Marshal for the STP 500 at Martinsville Speedway in Martinsville, Virginia on April 3, 2016.

She has directed a 2019 episode of Criminal Minds.

Cook has over 1.2 million followers on her @ajcook Instagram handle.