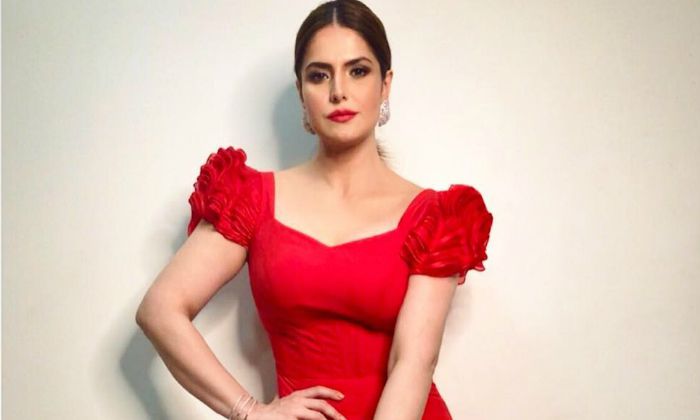 Zarine Khan is an Indian actress best known for her lead roles in movies such as Housefull 2, Jatt James Bond, Hate Story 3 and 1921. She was nominated for the Zee Cine Award for Best Female Debut for her work in Veer, an epic drama war film, opposite Salman Khan, in which she played the role of Princess Yashodhara.

Zarine Khan was born on the 14th of May 1987, in Mumbai, Maharashtra, India. She is currently 35 years old.

Not much is known about her family background. She belongs to Muslim Pashtun (also known as Pathan or Afghan) family. She has one sister.

After graduating from Duruelo Convent High School, Mumbai, Zarine joined the Rizvi College of Arts, Science and Commerce, Mumbai, but dropped out in pursuit of her acting career.

Zarine Khan is very reluctant to talk about her personal life to the media, and thus there is not much information available of any relation she has had in the past or in the present.

Zarine Khan made her screen debut as Princess Yashodhara in the 2010 Indian epic action war drama film Veer, starring opposite Salman Khan. Though, the film didn’t live up to the expectations, her performance was highly lauded by critics. She was nominated for Zee Cine Award for Best Female Debut for her work in the film.

In 2018, Zarine hosted two episodes of the TV show MTV Troll Police, which is airing on MTV India.

She met with critical acclaim for her roles as JLo in Housefull 2, Lalli in Jatt James Bond and Siya Deewan in Hate Story 3. She won PTC Punjabi Film Awards for Best Female Debut for her work in the movie Jatt James Bond.

Her net worth is currently unavailable. She charges Rs. 50 lakh upwards per film. She lives in Mumbai, Maharashtra.

Zarine Khan was born into a traditional Muslim family with Afghan roots.

She wanted to become a doctor but she got into acting after being discovered by Salman Khan while visiting a film set. After audition, she was offered the lead role of Princess Yashodhara in Veer (2010).

She is fluent in Hindi, Urdu, English and Marathi.

In 2015, she won the Best Female Debut Award at the PTC Punjabi Film Awards for the Punjabi film ‘Jatt James Bond’ (2014).

She marked her Tamil debut with the film Naan Rajavaga Pogiren, in which she did an item in the song “Malgove”.

In 2018, Zarine was awarded the Hindi Cinema Gaurav Award at the 11th Global Film Festival.

In 2021, she portrayed Mansi Dubey in the Disney+ Hotstar film Hum Bhi Akele Tum Bhi Akele, which focuses on the love of two homosexuals.