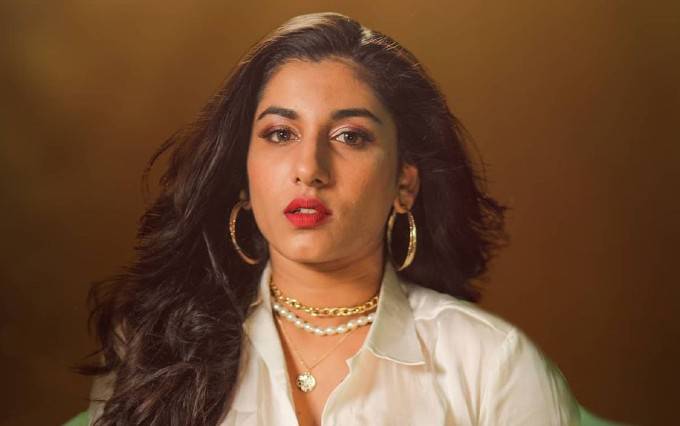 Vishnupriya Bhimeneni has been making a lot of buzz ever since her inception into the entertainment industry. Probably best known as a television host and actress, Vishnupriya started her career as a model before landing her first feature film role in the Malayalam romantic movie Mayookham. She has worked in South Indian language films like Sivappathigaram, Yamadonga, and Gooli. Apart from movies and TV shows, she is also known for posting hot and glamorous pics to her Instagram handle, which has attracted more than 1 million followers. On Facebook, she has over 4 million followers.

Not much is known about her family or her parents. She was raised alongside her sister Pavani in her hometown in Hyderabad.

She made her onscreen debut in the 2015 Malayalam romantic movie Mayookham.

She hosted a game show called Pove Pora on ETV Plus in 2017.

In 2021, she starred as Maheshwari in the Aha web series The Baker and the Beauty alongside the likes of Tina Chilparaj and Santhosh Shobhan.

She has over 315k subscribers on her eponymous YouTube channel.