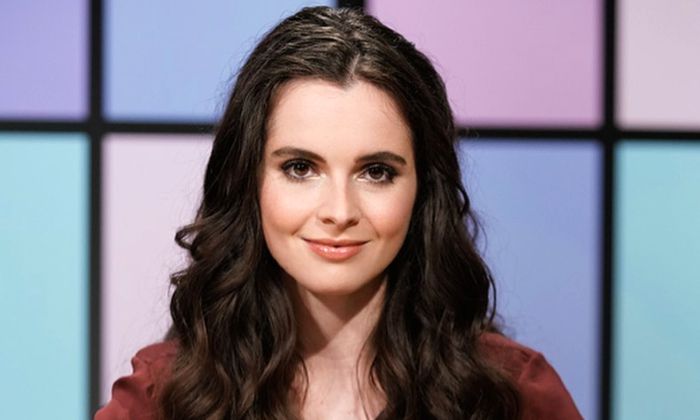 Who is Vanessa Marano?

Vanessa Marano is an American actress who shot to prominence for her portrayal of Bay Kennish on the Freeform television series Switched at Birth. She is the older sister of actress Laura Marano. Having turned acting into a full-time gig at a young age, Vanessa is known for her appearances in TV series such as Without a Trace, Gilmore Girls, Ghost Whisperer, Scoundrels, Grey’s Anatomy, and The Young and the Restless. This extremely beautiful California-native has also featured in various movies, including The Secret Lives of Dorks, Senior Project, Daphne & Velma, and Saving Zoë. Vanessa is already successful in the industry, thanks to her tremendous amount of passion and talent, and not mention her gorgeous looks, which have eventually attracted millions of fans across social media platforms.

Vanessa Marano was born on the 31st of October 1992, in Los Angeles, California, United States of America. She is currently 28 years old.

Vanessa Marano is coming from a family that has close ties with the entertainment industry. Her mother, Ellen Marano, is a former actress and the owner of Agoura Children’s Theatre while her father, Damiano Marano, is a college professor. She’s got Italian roots from her father’s side and she’s of Irish and English descent through her mother.

Her younger sister, Laura Marano, is also an actress and dancer, known for her acting roles on Disney’s Austin & Ally and in the movie Lady Bird. The sisters have also appeared together in the television series Without a Trace and Dexter.

As Vanessa got into acting at an early age, she missed the opportunity of going to a regular school but completed her school education through online.

Now, this is the topic that most of you are probably looking forward to. Apparently, Vanessa hasn’t divulged too many details regarding her personal affairs. She has tried to keep things away from the media to the best of her abilities.

Despite her efforts to keep her relationship status hidden off the public eye, she was romantically linked up with singer-songwriter Ross Lynch in 2012.

As Vanessa has appeared in a number of theatre productions from the age of seven, it was very easy for her to make a transition to acting. Her first acting credit was the animated film Finding Nemo, in which she provided her voice to various characters.

Shortly after, she landed the recurring role of Hanna Malone, Jack Malone’s older daughter, in the CBS drama series Without a Trace. This was her first breakthrough role which she played from 2002 to 2009. She then followed up with recurring roles in various TV series such as Gilmore Girls, Trust Me, Dexter, Ghost Whisperer, Scoundrels, Grey’s Anatomy, and The Young and the Restless.

Moving forward with her career, Vanessa Marano gained so much attention in the industry, she was offered the role of Bay Kennish in the Freeform television series Switched at Birth. She co-starred alongside actors Sean Berdy, Lucas Grabeel, Katie Leclerc, and Constance Marie in a story about two girls being switched at birth and raised in two extreme environments – one in an affluent suburb, and the other in a working-class neighborhood. The series was a huge hit that brought her so much fame eventually becoming a household name.

She is fluent in Italian and Spanish.

She enjoys reading, writing and painting.

At a young age, Vanessa Marano has become a hugely popular actress in Hollywood. She has gone on to enjoy a large following from all over the world. Well, she has attracted over 600 thousand followers on her Instagram. In addition, she has over a half million followers on Twitter and Facebook combined.

By turning her passion into a career, Vanessa Marano has achieved a lot of accomplishments than many of her peers in the industry. Thanks to her efforts at a young age, she’s enjoying a successful career.

Through her various acting appearances, Vanessa Marano now has a net worth of over a million dollars. With a net worth higher than most women her age, Vanessa has proven that all it takes to be a successful actor is hardworking, passion, and talent.